Week 9--in which we ask "What medicine do you need to return to your soul?"

NOTE: This is not the Notes from the Field I planned. But it is the necessary one. I intended to extend a luscious invitation to an event for writers—introverted writers! I was blessed to be interviewed by Lauren Sapala, author of The INFJ Writer for The Introvert Writer Summit opening Tuesday. My interview is Wednesday. But I had to talk to you today about praying for Ukraine. SO, please watch for a special Notes from the Field. If you don’t want to wait, you can click on the link for the summit at the bottom.

If 2022 is the year we “learn to listen to love,” then in this 9th week we really have to dig deep to find ears that can hear love in chaos.

Instead, we see and hear the crash of bombs and the crush of tanks pounding the ground in Ukraine. Is this what September 1, 1938 felt like--the day Nazi Germany invaded Poland?

The news of Russia’s invasion of a sovereign country sends my heart to weeping.

And yet, at the exact same time, President Biden announced his choice for the United States Supreme Court, Judge Ketanji Brown Jackson. Jackson is a brilliant Black woman with impeccable credentials. She has more judicial experience than Thomas, Roberts, Kagan, and Barrett had at nomination—combined! And—this so warms my heart—she began her legal career as a public defender.

The news of Judge Jackson’s nomination sends my heart soaring.

How can one heart, one body hold such contrasting emotions?

On one hand, an old abusive patriarchal hand, an avaricious plutocrat marches into a foreign country to steal land and wealth that belongs to the people who live on that land.

Does that ring any bells? Sound slightly familiar? It should.

Last Sunday, in Reckonings Pluto Returns: Part 1 The Myth of America, Rabbi Tirzah guided us into a profound meditation to meet the “daemon of America” and ask the Grail question: “What ails thee?”

(Reckonings was recorded and is now available on-demand.)

Everyone’s experience was unique, but for many of us there was a theme of theft. The daemon, the spirit of America, that showed up for me was quite literally a thief, complete with black mask. Pus was oozing from a four-century-old wound—a wound he labeled “unatoned theft.”

So much unatoned theft. And it continues today.

Don’t you find it interesting that the term for a government in which wealthy people use wealth to rule, is “plutocracy”—Pluto’s stamp of darkness. Pluto, who is calling us now to a reckoning with our history.

Next, Tirzah said to ask the daemon: “What medicine do you need to return to your soul?”  Before I could finish writing the question, the thief began to cry. “Pray for me” he said, “grant me another chance. See me as good.”

His request swirled around my heart kicking up sand and dirt. Could I do that? Could I?

Instantly, I knew I could. I could because I’ve had three great teachers.

“In each individual, in each soul, there is a king. Speak to the king and the king will come forward.” 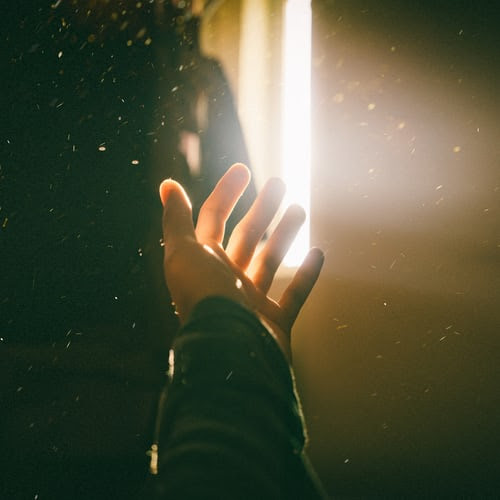 But what about Russia? Putin? Is there a good king in there somewhere? Can prayer touch that deeply buried king?

It will help if I begin by changing king to Queen.

This is hard. I know it’s hard. And I don’t know how it’s going to work, but I am determined to pray each day that the Queen—the Queen of goodness, kindness, equality, justice, and sovereignty—the Queen hidden somewhere in the chaos, will make Herself known.

And we will see that She is good. Very very good.

to the deep knowing that prayer changes the field, activates the good, and opens the door to sacred and necessary atonement,

If you don't want to wait for Monday's newsletter, here's the link to The Introvert Writer Summit, opening March 1:

Come hear me read Notes from the Field on YouTube. I love speaking directly to you and Hyldemoer loves chiming in.

Spread the love
Posted in Mystical and tagged Judge Ketanji Brown Jackson, reckonings
← Because They Could Not SpeakYour soul is whispering its long story →