Week 20--in which we discover we are not crazy. Exhausted, but not crazy

Are you feeling strange? Out of sorts? Utterly exhausted? Do you sense an ominous pall slowly spreading over the earth?

You are not crazy.

I am exhausted too. And, as an American woman, I am terrified that we are headed back into a dark age where women have no control over their bodies. I remember that time. Before birth control. Before safe abortion. I remember when you obeyed your father—or else. I remember when you felt you couldn’t tell anyone who was abusing you. I remember high school girls “visiting their aunts” and when they returned, no one said a word.

And now I am afraid for all the beautiful young women who not only don’t remember, they never dreamt they could be sucked into this Handmaid’s Tale of misogyny, abuse, and control.

This may come as a bit of a shock—it certainly did for me—but we are in a time capsule that harkens back to the time of the witch hunts.

Yes, there is a connection between your exhaustion, the US courts taking away the right to abortion, the witch trials of the 17th century, and the total Lunar Eclipse happening as we speak.

Stick with me as I try to explain.

If you’ve been following me, you know that when Rabbi Tirzah Firestone sent a glorious endorsement praising me as a “21st century witch,” my entire life changed. The two-sentence story is: My agent said I couldn’t let anyone call me a witch. I fired her.

This word—witch—landed in my heart and in my whole body. This strange scary word from the deep past woke something in me. Something I didn’t understand, but somehow knew I had to follow. And follow I did.

The justification goes back to god. That monotheistic white male god that showed up on the scene five thousand years ago after tens of thousands of years of Goddess worship and love. That god who, so the story goes, created the world and everything in it, and completed his work by making a man. But that man was lonely, so god made him a woman.

There are multiple creation stories, but in the one that patriarchy likes best, the woman is created from the man’s rib. So right away you know the woman is in an impossible situation. Her sole purpose is to serve the man. She isn’t even her own being. She is a part, an appendage of him.

Her body is not her own; it’s his.

Yes, I know I’m making this sound ludicrous. But guess what. There’s a rather powerful man today who actually believes this is a woman’s role. His name is Justice Samuel Alito and he’s the author of the leaked Supreme Court ruling that will end women’s right to abortion. End our right to control our own bodies.

You would be wrong. And the proof is right there in the leaked ruling.

That isn’t his only claim to fame. He also ruled that children of 14 could be executed. And in a book published after his death, he wrote that marital rape was legal. Because a man owned a woman’s body and could do with it what he wanted, he couldn’t be accused of raping something that isn’t an independent human being. Pure Handmaids Tale straight out of the 17th century.

Now, the timing of the leak, and Matthew Hale, and the European witch hunts matters. It’s a big part of why you’re so exhausted. And astrology can explain why.

You’re probably aware that we are in an intense Full Moon Total Lunar Eclipse right now. The eclipse will be visible at 12:14 am on Monday morning, late Sunday across the rest of the US and Canada, and mid-morning in Europe.

This Lunar Eclipse is a big deal. Astrologer Michael Lennox describes it as, “truly the most transformative single moment of 2022.”

I asked Star Sister, Marcia Wade, to help me—and you—understand the impact of this particular Lunar Eclipse. She tried to help me see it in context. A context that goes back to the time of the witch trials and Matthew Hale.

Turns out the last time we had a wave of total Lunar Eclipses in Scorpio was in 1669 and 1703.

If that weren’t quite enough to get your eyes to pop open, Marcia went on to explain that the asteroids named after Medusa and Lilith—Goddesses revered as serpent and bird Goddesses but turned into demons by patriarchy—have a major part to play in our current experience of this wild ancient celestial dance.

When I want to attempt to understand an eclipse or any celestial event, I look up the mystical Chandra for that degree of the zodiac in Ellias Lonsdale’s Inside Degrees. Scorpio 26 is a whopper!

Read this slowly and see if it doesn’t help you understand why you feel so unsettled, so frustrated, so exhausted.

Scorpio 26
A she-wolf. Her udders full of milk.

"Bearing within you something vast and wild and true. Your instincts given over to this seed. What can be and must be impels sacrifice and renunciation. Being held in the grip of vast, primordial forces. Taken over by depths that forge new worlds into being. Stunned into submission. Unconsciously obsessed with something that lives within you and cannot be forgotten. Supercharged with energy. In tune with the Earth’s cycles. Everything happening in a magnified and hypnotic atmosphere. The hidden worlds take charge. Individuality is eclipsed, and the surge of power dominates consciousness and life by its intensity and ruthless current right through the body, and there is nothing to say about it." (Inside Degrees)

I’ve read and reread this multiple times. Each time something different stirs my attention. I reread it with Kahu Lahela today as we did the final preparation for the open of our Hana I Ka Pono prayer intensive on Tuesday. Her ancestors and guides told her it was the “critical” prayer for this moment in time.

We didn’t understand why they called it critical. And we sure didn’t realize we’d be opening under a Total Lunar Eclipse that touches back to witch burning times.

But it’s starting to make sense.

The evolved version of Ho’oponopono that they asked Lahela to create and call Hana I Ka Pono is all about release.

Yes, we say the words of the prayer as it comes to us from the ancient pre-oral Hawaiian tradition, but after the prayer we go through a chakra-by-chakra energy release, extracting stuck energy and stories and suffering out of all the parts of our bodies and ask that all these burdens be transmuted to the pathway of light. It’s intense. It’s thorough. And, oh, is it healing. The prayer ends with a multi-colored seal to protect our newly cleansed and cleared body.

In his newsletter, Michael Lennox captured the celestial support for this release:

“The wave of energy today (Saturday) is quite active and boisterous, and then tomorrow (Sunday) is a truly complex passage, where we peak in the process of deep healing, powerful release of old unconscious wounds, and a culmination of deep investigative work we have been doing really since November of last year.”

So now you know why you’re exhausted.

And hopefully concur that you and I are not crazy. The whole universe and all the gorgeous Goddess stars are conspiring to support us as we release millennia of ugliness and pain that patriarchy stuffed down our bodies. I can’t wait to cleanse and clear beginning on Tuesday with an emanation of the Goddess herself, Kahu Lahela Johnson.

Angela Meakin is hosting a UK/Europe Watch Party at 7p UK/8p Europe on Thursday on May 19, 26, June 2. Both Lāhela and I will be at the UK Watch Parties.

Here's the link to the intensive. Be sure to watch the video we made for you. 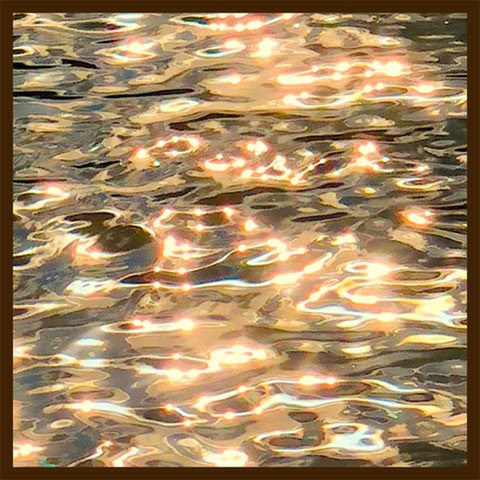 You can hear me and Hyldemoer read Notes from the Field on YouTube. (Marcia Wade was our guest last week and talked about why we're all so exhausted)