This has been and continues to be a most extraordinary year. And I don’t think we have even begun to understand what is afoot.

We came into 2020 with a knowing that everything was about to change—every astrologer has been saying that. They’ve been beating the drum of change since 2015.

Each year has had its own flavor and its own wild celestial dance, but the core message has been consistent. Some years Jupiter stirred things up. Some years Saturn. And then along came Pluto talking to both of them, and well, 2020 burst open in ways no one, not even the most prophetic astrologers, could have predicted.

I’m no astrologer. That’s why I read Laura Walker, Marcia Wade, and Michael Lennox. That’s why I invite Emma Kupu Mitchell to share her Celestial News Report in every gathering of my mystical prayer intensives.

But over the last few years, as I listened to what the astrologers said, I couldn’t miss the pattern, the drumbeat, the recurring theme.

They all said the only way to get through the massive change that is coming is profound daily mystical practice.

But here’s a very important distinction—at least it’s important to me.

Our mystical lives were always about tuning into and being tuned by the Mother: Mother Earth, Mother Moon, Mother Goddess.

This is the truth of life: birth becomes growth becomes fullness becomes decline becomes death becomes stillness in the dark until once more it emerges like the crocus—the harbinger of hope—that confirms once more that life doesn’t end, it returns.

But our patriarchal religions and systems have all been telling us a very different story. A linear story. A story filled with struggle, judgment, performance, measurement.

And what invariably comes with all that effort to succeed? Why failure, of course.

And so we think if we didn’t achieve the degree, the job, the title, the money, the house, the toned body, the adoring spouse, the successful children, that somehow we have failed.

All of that focus on achievement would be quite bad enough, but patriarchy has taught us to carry that same performance judgment into our spiritual lives.

Patriarchy keeps us on the performance treadmill until totally exhausted, we fall off the machine. And then, the only thing people can find to say is, “May she rest in peace.”

I got off the work treadmill, leaving headhunting to become a writer. I got kicked off the achievement treadmill of money, house, and husband, losing everything in a divorce. I got off the acquisition treadmill. I don’t want to buy anything anymore. I want to give things away.

But then, along came prayer artist. And suddenly I had to consider the patriarchal treadmill impact on prayer.

Because prayer artist demanded not only that I write a whole new genre of prayer as love songs, I also had to redefine prayer, freeing it from the tight box religion has stuffed it in for millennia.

Can you imagine receiving such a calling?

The day I realized I had to redefine prayer, I sat at my desk crying—the Oxford English Dictionary open in front of me. Do you know how patriarchy defines prayer? It’s god-awful, to be frank.

According to the OED, the god of etymology, prayer is basically 3 things: 1. supplication, 2. of an external—they don’t even have to say male god, that’s a given, 3. and finally, following a formula or ritual.

Not one word of that definition is true. And not one word is my personal experience of prayer.

Prayer is ecstatic, joy-filled, goddess-directed, and fully embodied. You don’t pray with your mind or trying to ascend out of your mind. You pray in and through and as your body. You don't just live prayer, you are prayer.

I never heard any such thing in my Catholic childhood. And if I’d tried to say anything like this at home or in school, who knows what would have happened. Nothing good, I can tell you.

It’s taken me a long hard road to find what I know is true about a vibrant mystical prayer life. And it is my mystical prayer life that is carrying me through this wild year as we all watch in shock as our patriarchal religions, governments, and systems crumble to the ground.

If you haven’t noticed, we are living inside the #16 Tower card in the Tarot. There, in one image, is everything the astrologers have been saying. 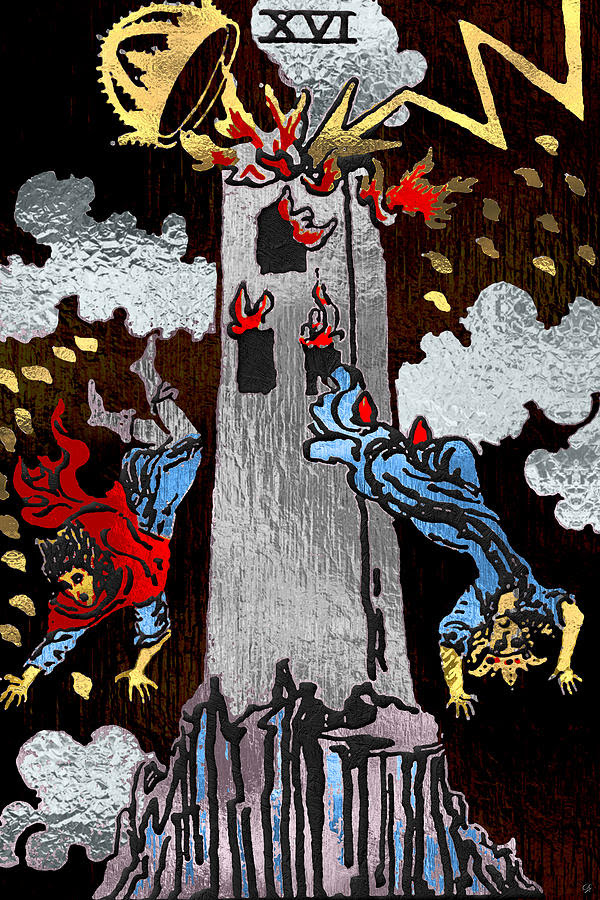 So, the question, it seems to me, is what will we build on the rubble the Tower leaves behind. I’ve been deep inside that question all year, although I didn’t exactly know that that’s the question I was pursuing.

I don’t have the big picture. No one does. But I was given a thread, an image, an idea that won’t let me go.

That thread, that image, that idea is what I call, The Garden of Reverence.

If you’ve been in any of my prayer intensives this year, you’ve heard me talk about the Garden and the Original Starter that holds all the ancestral memories of how we lived in The Garden. And you’ve experienced the garden starter in the mystical anointing I share at the beginning of every gathering.

It’s all about Reverence.

But I take no credit for the word. It was given to me. I was awakened during a particularly powerful Ho‛oponopoono prayer intensive in July of 2018 shortly after prayer artist arrived. In that intensive, we were all cutting cords to heal personal and global sexual abuse. It was intense!

I was getting lost in anger at what patriarchy has done and continues to do to women and children and indigenous people, and I was falling into believing our only salvation was matriarchy.

So my Feminine Divine Voice—the same voice that whispered prayer artist—woke me in the night and said, “It wasn’t a power structure. It was a Reverence structure.”

Even as I wrote it in the dark, not knowing really what it meant, I knew I’d been given the teaching of a lifetime. And now, I think it might be the core teaching of 2020. The essential teaching on the end of patriarchy.

It would be a fallacy to simply put females in charge—although good lord, we couldn’t screw things up worse than the patriarchs have. And, looking around, we can hardly miss noticing that the countries handling the pandemic the best are led by women.

But still, swapping genders isn’t the sole answer. Like me, you probably know plenty of women who are deeply entrenched patriarchs pedaling that treadmill for their own gain as hard and as fast as they can.

So what is this Reverence Structure, this Garden of Reverence, and how can we work together to build it?

I think this is the question we must explore in our mystical prayer lives for the remainder of 2020 and into and through 2021.

For now, I invite you to simply take whatever questions and ideas are surfacing in this summer of global transition onto the page in deep soul writing and into your mystical prayer practice.

Not seeking answers, but asking to be led. Even into the dark womb of rebirth.

to finding our way into living in reverence,