Today is such a fun day. It’s the numerology joke of the century. Actually, several centuries. Today is a palindrome. When you say “February second” you might miss the fun, but when you look at the date written out like a credit card expiration: 02-02-2020, you can’t miss it!

Today’s date reads the same backward and forward. It even reads the same in the European notation which puts the number of the day in front of the month. That makes today a very rare universal palindrome.

It feels kinda special to get to communicate with you on this backward is forward, forward is backward day. Seems I should say something that can be heard and seen the same backward and forward.

When I thought about that for a moment, I realized that backward is forward and forward is backward is simply reality—mystical reality.

As below, so above. As within, so without.

I guess that means the visual “palindrome” for mystical reality is the infinity symbol or even better, the mobius strip in which the inside edge becomes the outside edge, the outside becomes the inside, back and forth, endlessly becoming one and the same.

Look familiar? It's not an accident that the mystical magical mobius is my primary logo.

In our linear and limited view of life, we tend to think this is something difficult. We think we need years of deep mystical practice and study to “accomplish” this state of oneness—as if oneness were a goal.

But what if trying so hard, working so hard, practicing so much is actually preventing us from reaching the sacred center.

What if the inside of us is the outside of us?

What if the divine is not elsewhere, but right here?

When I look at the unusual prayers that come to me, demanding to be captured and recorded, I think they’re all mystical palindromes. On the surface, they sound like puzzles or koans that can’t be solved. But maybe the reason they can’t be solved is that there is nothing to solve!

Furthermore, our world is perfectly designed and perfectly constructed. I know that’s really hard to see right now. It’s so easy to focus on all our sorrows, all the suffering humans inflict on one another and on the earth. America’s collective wounds are on wild display. Britain’s decision to step away from Europe and stand by itself…. The epidemic bursting out of China….

Truth is there is nowhere else to go. We rose from Mother Earth and we will return to Mother Earth. Everything we are and everything we need is right here, womb to grave.

And when we arrive there, in the precious ground, we will rise again. Turning and returning, we are born and reborn into Love. That’s the sacred truth of the prayer I was given on the Solar Eclipse on December 26.

I wasn’t sure how I felt about changing the title. Because the numerology for The Queen’s Code is 60. And I love that.

Six is the number of home, family, service, harmony, and love. it is called the “cosmic parent” because it takes responsibility for nurturing others. According to The Secret Science of Numerology “all words that vibrate to 6 show an affinity for the body of persons, places, and things.”

And, I love this the most: “The circle of the 6 is on the bottom, denoting the womb.” So The Queen’s Code for me, is the Queen’s WOMB which is both the womb of the divine feminine and the womb of Mother Earth.

So I didn’t want the name of the prayer to change because I didn't want the vibration to change.

But it was clear that Code was to be changed to Love. So, catch this. In the dark, I did the numerology! (What can I say.) And look what happened:

What are the chances?

Not only is the final vibration in both words a 9—the ultimate number of completion in the divine feminine, but each individual letter holds the exact same vibration.

So The Queen’s Love is still a 60. The Womb of the Mother.

Here is the whole prayer. I now begin and end my day with this prayer. I say it before each rosary. (The first and only goddess rosary intensive is in March. Watch for your first opportunity to register next Sunday.)

I now open every gathering of my intensives with this prayer. It feels like a very sweet gift to give to you on this numerology palindrome day.

I believe in One Mother
Infinite Faces, Infinite Love

The Sun, the Moon, the Stars, the Earth, the Seas
Hawk above, Fox beside, Worm below

Seen Unseen
We are One Body, One Breath, One Love

Turning and returning
We are born and reborn into Love. Into Love

So it was. So it is. So it ever shall be
Life without end

to remembering who we really are in the Womb of the Mother,

PS: if you missed The Lotus and The Lily LIVE intensive in November and December, it's now available on demand. If ever there was a year that called for a mystical mandala, it's 2020--a year packed full of numerological and mystical significance. The On Demand version has everything the live intensive had including special angel and Ho'oponopono events. Everything you need to create a beautiful 2020. And at a big discount from the live event.

The Lotus and The Lily ON DEMAND 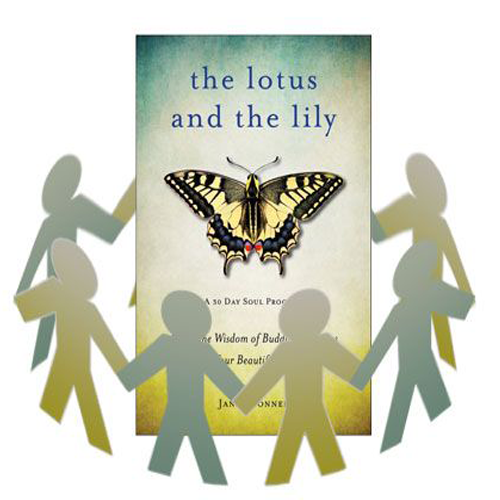 Spread the love
Posted in Mystical and tagged intensive, palindrome, queen's code, The Lotus & The Lily
← Today is the perfect day to begin a new relationship with Mother MoonEpisode 22: Dawna Markove →