What is it about the people you love to listen to? What makes them someone you look forward to being with?

Think for a moment: who do you love to listen to? It’s probably a pretty small pool. It is for me. But the moment I asked myself this question, a few names surfaced:

What these four radiant women have in common is they are great storytellers.

You know a great storyteller not by what you learn listening to them—although invariably you learn a tremendous amount. You recognize a great storyteller not by the knowledge they impart but by how they make you feel. This is not a mental response. It’s not an acknowledgement of their brilliance. Lots of people are brilliant. Many, perhaps most of them, insufferably boring.

A great storyteller leaves you with a feeling. A full body feeling. Your gut knows what your mind can only guess at.

And what does your body feel? Entranced. Enchanted. Enfolded. Held. Heard. Seen.

As they speak, something begins to stir inside. Something awakens. Some old knowing, old remembering, old way of being begins to surface.

And when the storyteller finishes, you blink, surprised a bit to still be in the same room. The room doesn’t look like it has changed, but something has. Something feels different. The things that matter have shifted and won’t or can’t go back.

When a great storyteller finishes speaking, you realize the whole time she’s been talking, a soft golden blanket of truth dust has been falling gently on your shoulders. Wearing this cloak, you can’t be lied to again. The standard issue formulas and explanations no longer fit. And you know it. Even if you can’t explain it. Suddenly, many of the things you’ve always been told begin to look a tad ridiculous.

Pat answers that somehow always expect you to twist yourself into a form the people around you want you to take: the supportive wife, the obedient daughter, the hardworking employee, the compliant believer. These are the roles the dominant stories of our culture have held in high esteem. These are the characteristics of all the “good” women in all the “good” books.

You know what happens to those women. They are denigrated in all the stories and transformed from beautiful women into hags, crones, witches, demons, and any other derogatory terms you can think of.

Do you know where this began?

No, not Eve. It didn’t begin with our religious stories. Awful as those books are to women, the anti-feminine stories are actually older than that. Our various religious books simply codified those misogynist stories and turned them into “the word of god.” And who can argue with that? Certainly not a lowly woman. Not if she wants to survive.

So I have a two-fold gift for you.

The first gift is the gift of stories.

Glorious, ancient, Goddess-centric stories that will open a door in your heart you will never want to close. These are the stories of the Goddesses in the heavens.

Did you know that all the planets and stars and asteroids were known for millennia by their Goddess names and each one had a luscious story?

But when the dominators came, they took the stories of these holy beings in the sky and transformed them into demons. Medusa is a perfect example. Divine beings once revered as Queens of the heavens were denigrated into monsters.

Be afraid, the culture cried, be very afraid of these female monsters! Run, run, run, as fast as you can, into the arms and rules and laws of the gods, the almighty, powerful gods. Obey them, or you will suffer. And oh, have we suffered.

Wouldn’t you love to hear the original stories?

Wouldn’t it be fun to be transported back in time and hear the ancient and beautiful stories of these Celestial Goddesses? What a gift that would be.

You’ve probably figured this out, but just in case, let me say this plainly: when I create a prayer intensive, it’s because I want to drop deep into The Mystic and explore these ideas. And if there’s one mystical exploration I want to revel in, it’s the ancient Goddess stories. But on my own, I didn’t know how to find those stories or tell them.

So the Goddesses sent Marcia Wade. Star Sister. Cos-mythologist. And ground-breaking pioneer in the nascent art of recognizing and building cosmo-neurological pathways.

It was Emma Kupu Mitchell who first told me about Marcia. Emma is a deep student of Astrology and began studying with Marcia several years ago. It was Marcia who introduced Emma, and in turn me and now hundreds of you, to the mystical Chandra Oracle system in Inside Degrees by Ellias Lonsdale.

I started reading Marcia’s newsletters and wondered, who is this woman!! Marcia speaks of astrology and the planets and the natal chart in ways no one else does.

Marcia Wade is a true cos-mythologist, telling the stars’ stories and bringing them alive.

I fell in love with Marcia and invited her to lead our annual forecast the last two years. I was so enraptured by her storytelling in the 2022 forecast, that I asked her to join us in Re-membering the Songlines of the Witches to welcome the witches of the past to speak to us about their sacred medicine through their natal chart. All I can say about Marcia’s astonishing gift is WOW! (Songlines is now closed for registration.)

So a month ago, I was deep soul writing about Marcia’s astonishing gifts and received a nudge (OK, kick) to contact her and ask if she’d like to lead us in a prayer intensive. We got on zoom and I asked if there’s anything she’s particularly jazzed about that she’d like to share with us.

I wish I had a screenshot of Marcia’s face in that moment. Her eyes twinkled. The corners of her mouth lifted. I think she’s been waiting for this invitation her entire life.

We dropped into an outrageous conversation about the Goddesses of the Edge of our solar system in the Kuiper Belt. There are many sky Goddesses, but Marcia chose four to begin building a relationship with.

Four who are affecting us in a big way right now, this moment. Four who want their stories told.

And that’s the second gift. Their stories.

When Marcia begins to talk about the cosmos, your whole body knows you are in the presence of an ancient seer. What Marcia brings us today is not the product of 40 years of astrological research, spectacular as her knowledge is. No, the story is too big and too vast for any one human to absorb in one lifetime. Marcia must have been an astrologer for lifetimes and I hope for lifetimes to come. I wonder if perhaps she hasn’t been a sky Goddess herself!

Marcia and I had a truly delicious time creating a detailed page for you introducing Goddesses of the Edge Part 1 (more to come in 2023).

Follow the link below the image of the Milky Way to learn a wee bit about the four we’ll meet. And be sure to watch the video at the top of the page. She and I had the best time making it.

As you’ll discover when you watch it, nothing like this has ever been available and not even Marcia can tell what will happen.

This intensive is alive. I may be producing it. And Marcia may be telling their stories, but it’s the Goddesses of the Edge who are in charge.

They called and we answered. And now they are calling you. 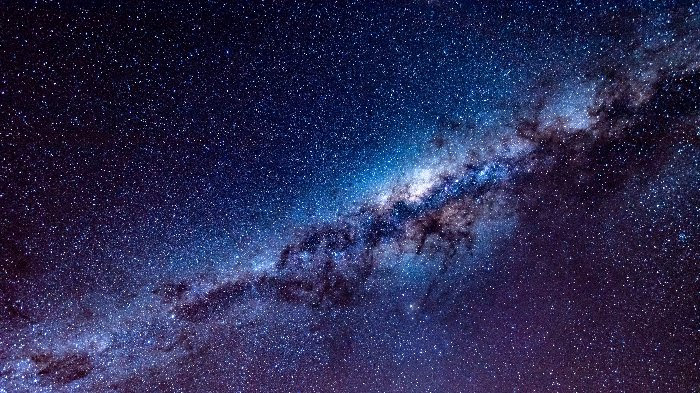 to sitting in the presence of a great storyteller and hearing the Goddesses of the Edge speak!