Check back for this week's video!

On Tuesday, June 21, in the Northern Hemisphere, we will celebrate Summer Solstice. It’s a glorious time to revel in the ecstatic expression of all that the warmth and light of our Sun brings to life. At the moment of summer, when the days are long and the air is warm, the earth comes alive with a glory of flowers, emerald grasses, and trees heavy with fruit.

The world has become a painting.

But when we glance at this painting of a garden of flowers or field of grain dancing with the breeze, it’s wise to look back a few months and remember the garden in winter, when the trees were bare and the earth was cold. Or remember the field in spring when all you could see was row after row of black furrows.

This may seem counterintuitive. Why look back. Why not just bask in the beauty of June.

Because. Everything you see, all that beauty that makes your heart sing, was once a seed. A tiny, seemingly insignificant seed.

And yet inside that tee-tiny dollop of dark matter is the blueprint for life itself.

That lush June landscape we adore is simply seeds who have come alive. Seeds who are fulfilling their destiny. Seeds who are revealing the great mystery of life begetting life.

This word “seed” is central to Re-membering the Songlines of the Witches, the mystical, magical, witch mystery school opening—of course—on Summer Solstice.

If you’ve visited Songlines on my site, you’ve noticed it looks very different from any other course or workshop.

That’s because Songlines is not a linear experience in which you learn X amount of things in X amount of time in order to arrive at a goal. That’s a linear, left-brain structure. That structure is familiar because all learning in our patriarchal world is set up that way: set a goal, follow the program laid out by a teacher who knows something you do not, reach the goal, take the reward, and move on to the next program, the next class, the next credential.

A major problem with this linear way of learning is that there is always another program, another class, another credential. It's exhausting. And totally unsatisfying. And, oddly enough, the things you learn, don’t make you happy.

From the moment deep soul writing flew onto my journal pages in 1997, I began to realize how truly unsatisfying a linear pursuit of performance and achievement really is. I knew I couldn’t stay on that hamster wheel another day. And thanks to my violent divorce, the wheel came to a screeching halt and tossed me right off.

This became the central question I turned to over and over again in deep soul writing. It took time to begin to hear answers. But luckily, I didn’t have to figure this out on my own. Someone was speaking, I just needed to learn to listen. Here are a few pivotal moments when I began to realize how I want to live:

But only today did I realize that devotion to the Sacred Feminine, prayer artist, and mystic witch are all SEEDS.

Sacred seeds that She planted in me. And is now asking me to bring to fruit.

She’s asking me—and you—to be Her seeds and bring Her Garden to life.

I say I just realized this because earlier today (Saturday), Star Sister Marcia Wade, seer Sabin Bailey, and Suzi von Mensenkampff, and I recorded the very first celestial support video about the very first witch in Re-membering the Songlines of the Witches.

To the best of my knowledge, no one has ever brought such a diversity of mystical insights together in one place to bring someone from the past so fully to life.

Something happened during that conversation that brought this word SEED to life.

From the beginning, Suzi and Emma and I sensed that the first witch of the 11 in Songlines had to be Ernst von Mensenkampff, Suzi’s grandfather-in-law, a wildly interesting man. Ernst was born in 1896 in Estonia, worked as a journalist throughout the war, and finished writing the Mensenkampff family history just a couple months before he froze in the snow running from Communists in 1945.

Suzi did not know about the family history. The book arrived out of the blue at her home in Ireland stuffed inside a box filled with photographs and research. It was only when the book began to be translated that she and her husband and father-in-law learned that the Mensenkampff family has a long history of the persecution of witches.

In eye-popping synchronicity, Suzi learned that two generations of Mensenkampff women had been murdered as witches, at the exact same time I was beginning to formulate what became The Return of the Witches pilgrimage last summer.

So, when Joan of Arc asked Suzi and Emma and I to create a witch mystery school, we felt that Ernst was the first of 11 witches.

You will get to meet Ernst next Saturday, June 25, in the first of 12 Dark Moon Ceremonies.

In the Dark Moon Ceremonies, we will step into sacred space to hear each witch’s story. We will pray, we will anoint, we will chant, we will invoke Archangels. Everything we do in ceremony prepares us to receive the witch’s seed medicine.

Songlines is all about receiving and embodying 11 SACRED SEED MEDICINES, one from each witch.

Each seed contains 1/11 of the full blueprint that prepares you to become the mystic witch you came here to be.

And please remember this, you came here to be a mystic witch. You came here to step into the fullness of your sovereign self, who remembers your holy gifts. Gifts that patriarchy is terrified of because women (and men) who have access to these mystical gifts cannot be controlled.

Your natural mystic witch gifts include:

And more. Everyone has their own unique gifts. And the world needs them. And needs them now.

So what are your holy gifts? What’s the sacred blueprint YOU and you alone brought into this world?

That’s what you will discover as we travel as a community from this Summer Solstice to next Summer Solstice, inviting 11 witches to give us 11 sacred seeds.

And then watching in wonder and awe as those seeds send down their little roots and defy gravity to reach up through the dark soil to burst into the sunlight and bring their potential to life.

Re-membering the Songlines of the Witches opens Tuesday, June 21, the Summer Solstice, in a sacred ceremony at 2pm Eastern conducted by Sabin Bailey under the direction of Joan of Arc.

I will be leading a guided meditation into the Mirror of Memory to reveal the hidden labyrinth and open us to hear messages from the four moons and a few hints about the sacred seed of our personal mystic witch. 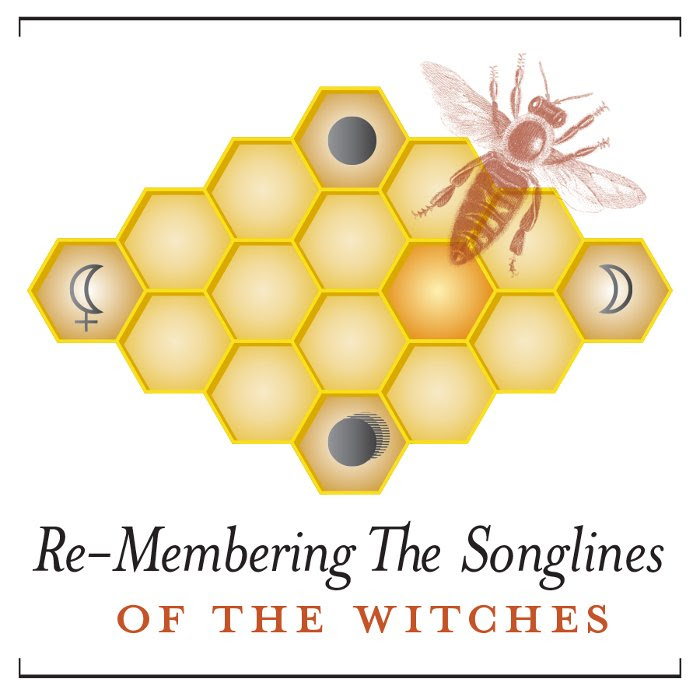 to bringing the blueprint of your soul to life

PS: Marcia Wade hosted two conversations about Songlines now on my youtube channel. Here's one that's all about Discovering the Witch within!

If you missed any of the last 4 newsletters about Songlines, you can read and share them on the blog section of my website.

Spread the love
Posted in Mystic Witch
← What does remember really mean?What’s the antidote to fear? →