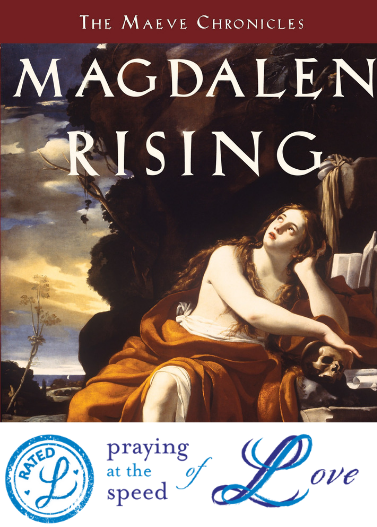 There were more than two women in this conversation. Maeve, aka Mary Magdalen, was not only in the room, she took over. Elizabeth Cunningham spent twenty years following the directives of that voice to write The Maeve Chronicles. Join us for wild stories, hair-raising biblical quotations, and spontaneous goddess songs. But in the end, the conversation landed where Magdalen and Jesus wanted it to: asking us to close the concentration camps by praying for those who persecute us. Talk about real prayer!

Elizabeth Cunningham’s childhood prepared her perfectly to tell Magdalen’s sensuous, raucous Celtic story. She grew up in an Episcopal rectory with a father who would do things like dress as Moses and burn a golden calf. But when she stepped out of the rectory, she roamed an enchanted wood next door. In addition to The Maeve Chronicles, Elizabeth is the author of Murder at the Rummage Sale, The Return of the Goddess and many more. Oh, and she sings!

Elizabeth and Maeve gave us several things to ponder and explore. Here are a few:

Your other Prayer Bag 11 gift is the prologue of The Passion of Mary Magdalen. Elizabeth and I hope you’ll visit us at the Praying at the Speed of Love Facebook community. Elizabeth, or rather Maeve Rhuad, is joining us and would love to talk with you about Magdalen’s stories and songs and anything else you’d like to explore. Join us in this special place to meet kindred souls who love talking about real prayer. 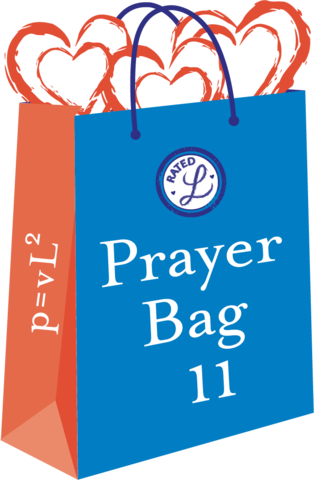