a radical and sacred 13-week story, prayer, and listening walk
to name, remember, listen to, and pray with 13 women condemned by patriarchy
and gather the courage to heal our personal and collective wounds
so we can, at long last, create a culture of reverence 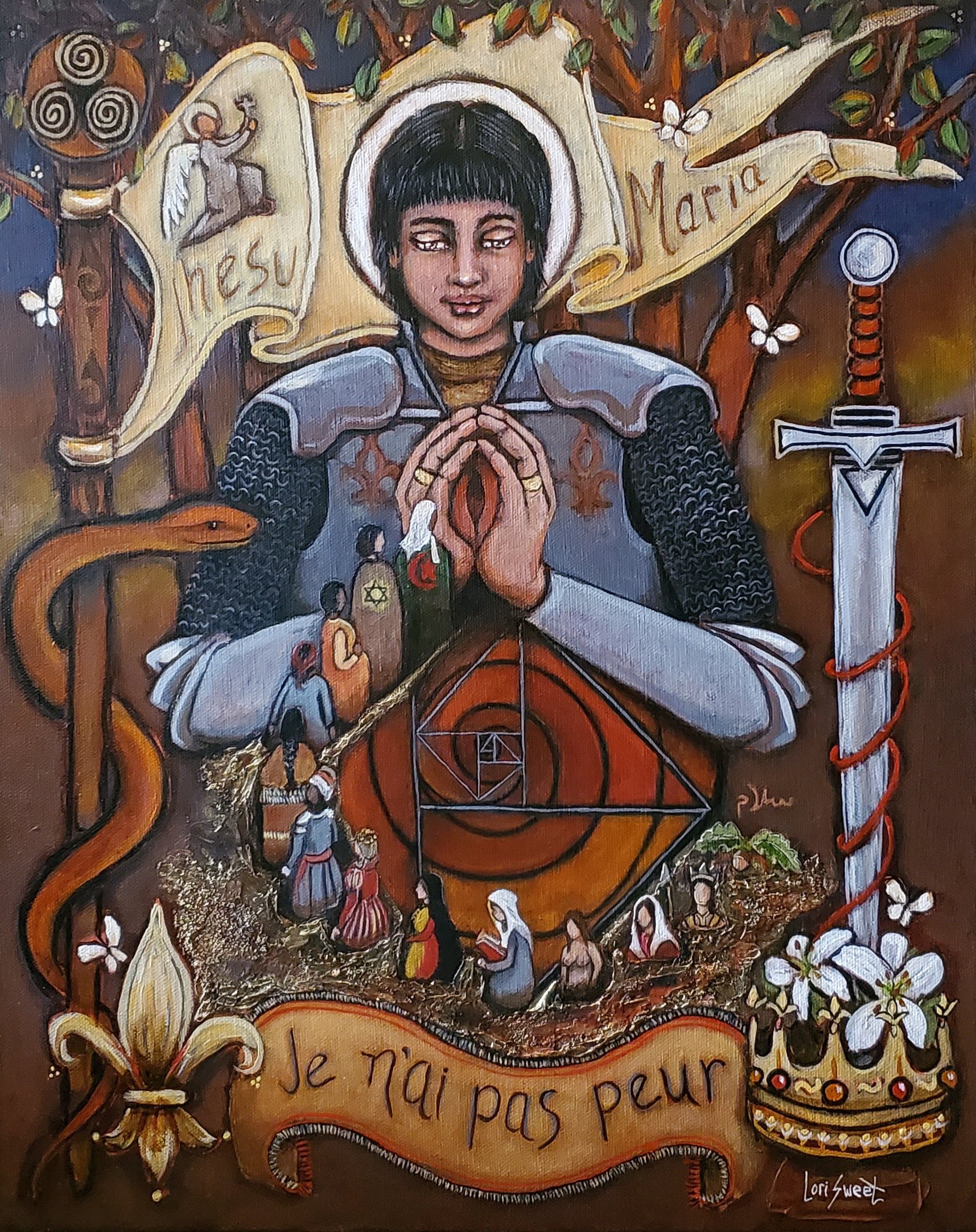 What is The Return of the Witches?

The Return of the Witches is an unprecedented mystical exchange with women and witches of the past to help us heal our witch wounds in the present. Unconscious memories of their terrors are stored in our bodies, our cells, our very DNA. Those tendrils surface as anxiety, body shame, perfectionism, self-doubt, relationships fraught with misunderstanding and distrust, and the gnawing sense that no matter what we do, we’re not enough. These witch wound undercurrents prevent us from loving the body we’re in, saying what needs to be said, being fully present in our relationships, expressing our true wild creativity, and asking for and receiving our most sacred desires.

How can we heal these old buried wounds? We begin by gathering in sacred ceremony and inviting 13 abused and condemned women across three thousand years and half the globe to return and tell us their stories. As we give them the gift of being heard and seen, they give us the gift of finding the strength to heal ourselves, and the courage to transform our anti-feminine, anti-body, anti-Goddess world into one filled with reverence for all.

Why is witch so scary?

We flinch when we hear witch because our body reflexively reacts to the terror infused into this once holy word. Before patriarchal religion twisted our feminine mystical powers into something evil, a witch was recognized as a consecrated woman who practiced the sacred gifts of divination, prophecy, healing, plant medicine, prayer, and incantation. It is time to re-sacralize this title and reclaim its mystical powers.

But isn’t the witch craze over?

We make a mistake thinking the witch craze was an aberration of history that ended in the 1700s. The truth is violence against women, children, and indigenous peoples began with the arrival of patriarchal religions obsessed with wiping out all traces of matrilineal, Goddess-worshiping, Earth-honoring, mystic-feminine folk traditions. And it is not over. The abuse of power continues unabated in racist, domestic, immigrant, religious, and gender violence, mirrored in the relentless desecration of the land for profit.

The unbearable truth was then, and still is:

This is the call Janet Conner heard that gave birth to this pilgrimage. This is why our gatherings are filled with prayers and practices that see the witches’ bodies, our bodies, and all bodies as holy because they are holy. Our bodies are Her body—She who is alive in all.

A pilgrimage is a long slow walk with a sacred purpose. This is how our ancestors prayed. They set off in groups carrying a personal, deeply-felt petition to the Mother. Sometimes they walked in silence, sometimes in song, always in prayer. Along the way, they listened to one another’s stories, faced difficulties together, and forged soul-deep friendships. They returned home transformed.

This is exactly what we will do. We will plant our sacred desire in our hearts in the opening ceremony, then gather each week in a global circle to listen, sing, chant, and pray with and for a witch returning to us from her land. In addition, we will meet three times for deep conversations about what we are discovering in the witches’ stories and in ourselves. During these 18 gatherings of ceremony and intimate conversation, we will forge rare and holy friendships indeed.

Who is Jeanne d’Arc and why is this her pilgrimage?

Joan of Arc is the most famous mystic witch of all time. Obeying the call of her voices, she left home at 17, cut her hair, donned male clothes and armor, rallied a defeated French army under her banner, and marched them fearlessly to retake a country occupied by the most terrifying force of the time—the English army. Jeanne came stunningly close to singlehandedly ending the Hundred Years’ War only to be tried by the inquisition as a heretic and burned at the stake at 19.

Suddenly Joan of Arc is everywhere. People around the world are hearing and feeling her presence. Everyone connected with this pilgrimage has received her call. Perdita Finn has a devotee for years. Our ceremonialist, Sabin Bailey, is in constant communion with Joan, and through Sabin, Jeanne led Janet into the deeper mystical purpose of this event. When Janet began to imagine this event, Jeanne stepped forward, declared this was her pilgrimage, and she would lead the way. And she has. Joan selected the 13 witches and is sending their champions. Invariably every champion has an unusual personal connection to Joan. Even Lori Sweet, our painter, heard Joan tell her to mix dirt and gold into the paint and use a specific black that Lori learned later is made from charred bones.

In ways you might not be able to articulate, you, too, are feeling Jeanne d’Arc’s call. It is she who brought you here. And she who knows the healing that awaits.

Jeanne is asking you and me to take up our mystical swords, unfurl our holy banners, and praying as we go, retake ground that has been scorched by patriarchal beliefs and abusive power for three thousand years. Jeanne has returned and she is leading the way to the Garden of Reverence, where women, witches, all bodies, and Mother Earth herself are safe and cherished once more.

Our 13 Women and Witches

Each witch will tell her story through her champion story-bearer. The champions are direct or spiritual descendants of their witch.

What will you receive?

Invitations to all 18 recorded gatherings.

Access to a password-protected resource page filled with recordings of all gatherings in both video and audio formats; bonus videos with all our prayer guides, artists, and musicians. To help you get closer to each witch and explore her story, material about and for each witch will be introduced each week, including a video with her champion, a Praying at the Speed of Love podcast episode, a PDF info sheet, bibliography and resources, and a finger labyrinth designed by Kimberly Saward of Labyrinthos created just for this pilgrimage.

Plus videos with our musicians and more!

Because sharing is such an important element in this healing pilgrimage, membership in a private Facebook discussion group is offered (optional)

The Return of the Witches pilgrimage has a total of 18 gatherings: 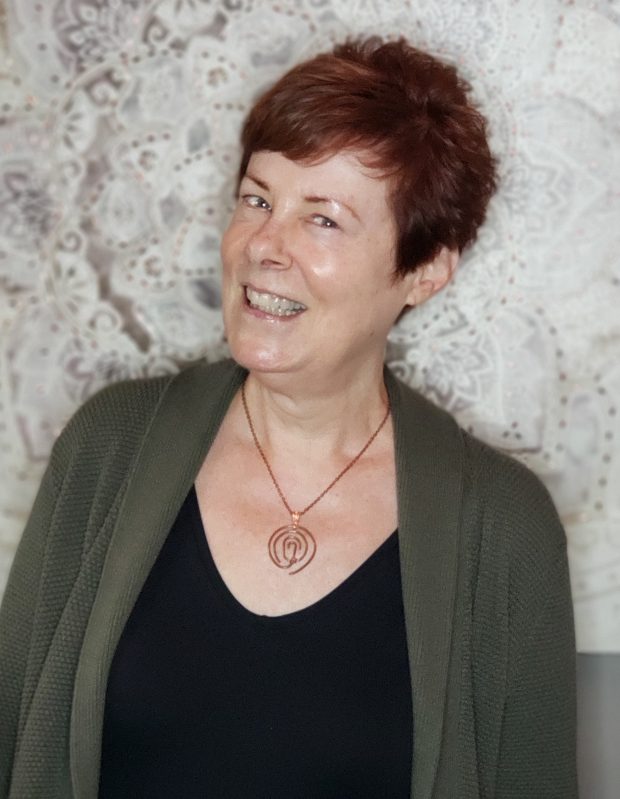 Janet Conner is a prayer artist, mystic witch, deep soul explorer, field guide in The Mystic, and mistress of the threshold between worlds—the mystical theta brain wave state. But first and always, Janet is a devoted daughter of the Feminine Divine and Original Prayer. In 2020, Janet was called to acknowledge that she is—and probably always has been—a mystic witch. Upon receiving this awareness, Janet enthusiastically embraced the sacred call to transmute witch from a word that strikes terror into a title that awakens a bone-deep memory of walking in wonder in a world that is sacred, beautiful, and alive.

Janet’s first book, Writing Down Your Soul, became a bestseller, followed by The Lotus and The Lily, Soul Vows, Find Your Soul’s Purpose and more. 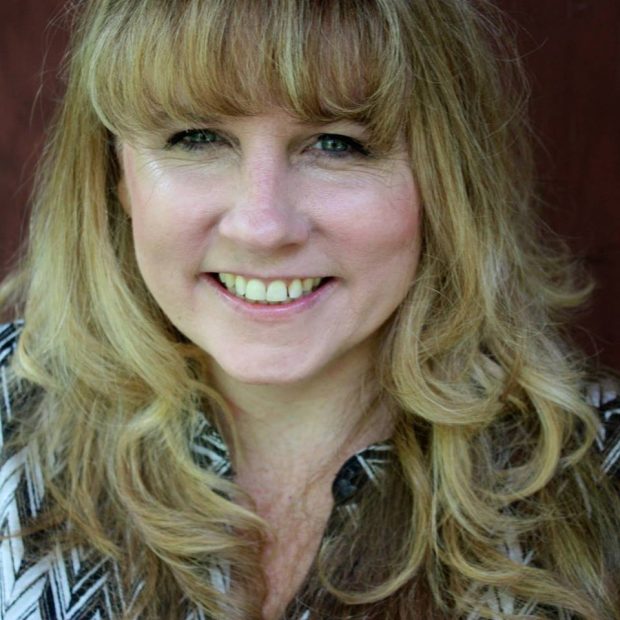 Perdita Finn is the founder, with her husband Clark Strand, of the international fellowship The Way of the Rose devoted to the Earth and the Lady "by any name you want to call Her." They are the co-authors of the book of the same name. Perdita is also the co-author of The Reluctant Psychic and the forthcoming Take Back the Magic: Getting to Know the Dead. She teaches popular workshops on connecting with the ancestors.

Kahu Lāhela, a native Hawaiian spiritual healing guide, lives on the island of Oʻahu in the Sacred valley of Hakipu'u. Her kuleana (duty & responsibility) as a Kahu is to assist people in restoring themselves and their relationships in pono (balance, rightness) and in haʻahaʻa (humility). Following the guidance of her elders and spirit guides, Kahu Lāhela developed a unique practice of Hana I Ka Pono, a compilation of the energy work of Pule (prayer), Lomilomi, Language of Light, and Mana Iho, healing practices that open the channels to create flow and balance between the body, mind, and spirit.

Last year she also co-created an eight-module inner exploration process called Ho'i Mai Iho Nō - The Journey Inward (A Personal Practice for Healing, Resiliency, & Sovereignty). Through these programs and practices, she facilitates in strengthening the connection to your inner guidance so you can regain self-trust and self-empowerment, embrace your sovereignty, and be better equipped to navigate the challenging times ahead with clarity and resilience. 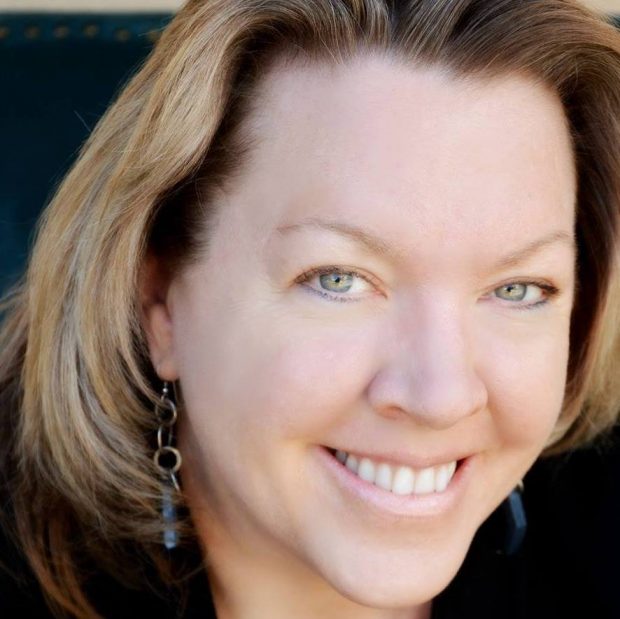 Since childhood Tanya Taylor Rubinstein has been obsessed with stories, the natural world, and a burning desire for freedom. Following her sacred callings, Tanya grew into an actor, story mentor, and performance coach for actors and musicians. She was called to create a powerful series called “Cancer Monologues” that has guided hundreds of non-actors to tell their healing stories. After decades of learning, exploration, and research, Tanya found a way to blend her passions into Somatic Writing, a unique, hybrid modality that finds and releases the grief and trauma buried in your body, liberates your voice, and allows you to hear your true story and purpose. 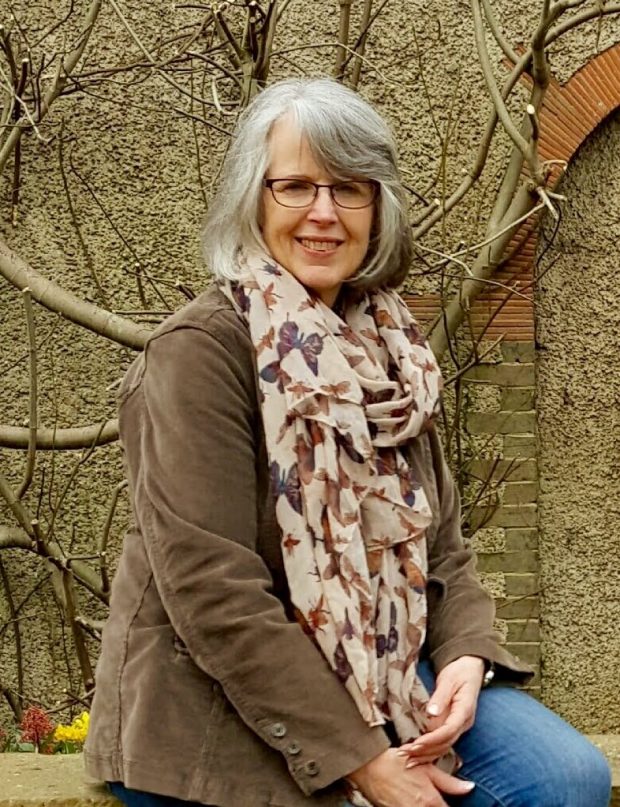 Kimberly Lowelle Saward, PhD has been working with labyrinths since 1995 and is the author of Ariadne’sThread: Legends of the Labyrinth, a psycho-spiritual study of labyrinth folk practices worldwide. She is a founding member of the Labyrinth Society and has served as its President. Kimberly is an eager pilgrim who has journeyed to sacred sites (including labyrinths) in Europe, Scandinavia, India and the Middle East, as well as throughout North America. She has walked from Paris to Chartres numerous times, and walked the Camino Inglés into Santiago de Compostela in 2019. In addition to her work with labyrinths, Kimberly is an artist who also teaches fibre arts courses and workshops, emphasizing their potential for spiritual practice and community building. Other areas of interest include medieval mysticism and symbolism. In that vein, she is an avid student of the tarot and continues her lifelong interest in Jungian psychology and the study of dreams.

For decades, Sabin Bailey has facilitated all manner of ceremony/ritual: marriages, baby blessings, house clearings, personal healing rituals, and group ceremony. Thousands of ceremonies, each one carrying some shared aspects, and some that are totally unique. She sees ceremony as a living vessel. When you place your heart in a circle of ritual and focus intention and attention, your consciousness is held in the container of inner knowingness and you access the memories of your timeless soul. You remember who you are in your essence. And once again, as you connect with your soul cohort in shared purpose, The Great Wisdom is revealed.

Have questions? Contact Janet at janetconner@tampabay.rr.com or 727-772-1118 between 1pm and 5pm Eastern