Mystical awareness comes in pieces. In the moment, you might think you understand what is happening, but in truth, you don’t. It may take years for an experience to unfold sufficiently for you to see the depth and breadth of what happened then, and is happening still.

That’s why I track important dates.

Year after year, I write the date in my soul writing journal and ponder, once more, what happened that day. Without fail, another veil of meaning lifts and connections with other events and people in my life begin to form.

One of those sacred dates is today.

This year February 16 is a Sunday, but twenty years ago, February 16 was a Wednesday, a school day.

And nothing about it felt special.

My 9-year-old son and I had been in our new townhouse for just two months and everything still felt a bit strange and even scary. I had spent everything I had on the down payment and was waking in terror almost every night feeling in my gut that I could lose this house at any moment if I didn’t start getting some new clients.

In addition to worrying about the mortgage payment, the house was a tad short of furnishings. Like curtains. None of the windows had curtains. The sun was our rather loud alarm clock.

That morning, like every morning, I struggled to get Jerry up and out the door. His school was twenty minutes north and I was his driver. On that Wednesday morning, we were, as usual, running late.

As I turned the corner out of our cul-de-sac, I noticed an osprey on the ground next to the road. Children on their way to school were walking right past it, not stopping or pointing. I thought an awful lot was odd here.

But there was no time to stop.

So I said to the bird, “Listen, I’ve got to get Jerry to school. Stay right there. I’ll be back as fast as I can.”

By the time I returned, the children were gone and the bird was still there, face down on the ground.

I parked and walked to it, slowly, silently. It didn’t move. I got down next to it. Still no movement. I gently touched its back. Nothing. I touched a wing and was shocked to realize that rigor mortis hadn’t fully set in and I could still open the wings!

I did notice a tiny drop of blood on the beak, but other than that there appeared to be no damage. The osprey could not have been hit by a car. Not a feather was crushed or torn. So what had happened?

How could this magnificent creature be dead on the ground? And how could I leave it there for ants and vultures? I couldn’t. I love ospreys too much. 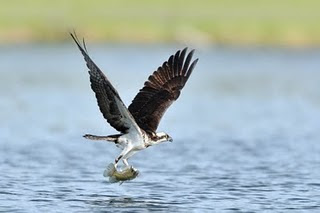 From the moment we moved to Florida, ospreys followed me wherever I lived.

One even stayed in the tree in my backyard day and night for 18 months during the divorce. He felt like my protector, so I said my prayers every morning and every night through him. After I lost that house and moved into a couple of pretty awful apartments, ospreys showed up there, too.

It seemed no matter where I went or what I was going through, Osprey was there for me.

So I picked the osprey up—a rather thrilling experience! I’d never touched an osprey or any wild bird before. It felt sacred.

When I got the osprey home, I put it on the kitchen counter and wondered, now what?

My first thought was to call Charlotte Starfire, my first teacher—the woman who taught me how to pray in the ways of the First Peoples and how to open to receive the guidance of animal messengers. And it was Charlotte who introduced me to the Goddess.

Charlotte planted those seeds in me in 1993, and over time they have taken deep root and formed me into the prayer artist I am today.

I asked Charlotte, “What does it mean when an osprey practically dies in your arms?” She said, “I think I know, but it’s not for me to tell you. Ask the bird.”

What! C’mon, Charlotte! You were trained by Sun Bear and Oshannah Fast Wolf. You wear bear claws. You have owl parts in your freezer. Please tell me!

But she wouldn’t usurp the role of the messenger. And although it was the most frustrating experience at the time, today I am so grateful. Now I teach others how to “ask the bird.”

I hung up and stared at the bird. I had no instructions, so I followed my instincts.

I held the bird in my arms like a baby, next to my heart. I placed my hand on its white incredibly soft chest feathers and looking into its elegant face, I slowly put my hand back on my heart, back and forth, bird to woman, woman to bird, heart to heart.

Did five minutes go by? Ten? Maybe more. At some point, I felt “ready” and gently put the bird on the table. I picked up my journal and this came out:

What is an osprey? A fish hawk.
What is a hawk? A messenger.
What is a fish? The symbol of Christ.
What did Jesus say more than anything else? Fear not.

And there was my sacred animal message: Fear Not.

That night, I slept in peace for the first time in a long, long time, knowing I would make the next mortgage payment. And here I am, twenty years later, and haven’t missed a single one. Mind you, there have been some close calls, but the money has always appeared, sometimes just in the nick-of-time.

So, for me, this osprey is Archangel Gabriel, bearing the message to “fear not.”

Isn’t that what Gabriel said to Mary at the annunciation: Do not be afraid. My guess is Jesus learned “fear not” from his mother. 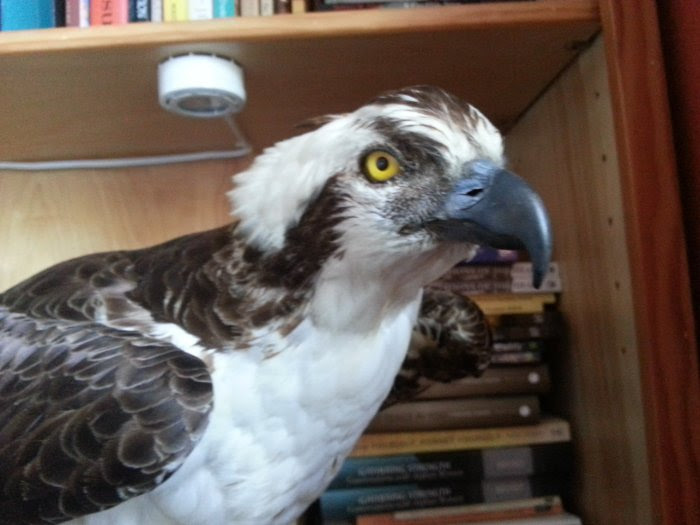 In addition to the bird’s clear message, the date itself carries a powerful meaning.

Back in 2000, I was oblivious to numerology, so the divine feminine sent a Buddhist masseuse who screamed—yes, screamed—when I told her the date Gabriel fell to earth. I said the words “February sixteenth,” but the wise masseuse saw the numbers 2-16.

216 she explained, is the most sacred number because it is the double 108—the number of beads on a mala. It is the number of the Divine Feminine.

So in honor of holding Gabriel’s sacred feminine message deep in my heart for twenty years, I opened my journal yesterday to remember this event once more.

And one of those sacred moments of connection unfolded before my eyes.

My plan for this Notes from the Field was to talk about the upcoming Rosary intensive. And I am. It’s just that I’m talking about it in a way I couldn’t have planned or foreseen.

You know that message “fear not?” Well, Clark Strand and Perdita Finn’s book, The Way of the Rose is full of messages from the divine feminine.

Whether you call her Our Lady, Shekinah, Mother Mary, Black Madonna, Kali, Isis…by any or all of Her names, She speaks throughout the book. When it is a direct quote from The Mother, Her words are in italics.

When She speaks, my eyebrows scrunch together as my poor brain tries to figure out what’s happening. You could call her sayings koans, because like all good Buddhist koans, Her words are unsolvable puzzles of infinite wisdom and love.

Everything She says in the book is a jewel, but this one in particular leapt off the page and landed in my heart, where it will take a lifetime to unpack:

The rosary is My body,
and My body is the body of the world.
Your body is one with that body.
What cause could there be for fear?

There's that word “fear” again. I could feel Gabriel, reading over my shoulder, smiling. I'm pretty sure she said, “So, now do you see?”

So here I am, 20 years after Gabriel’s 216 message, coming full circle to the ancient Rosary—the ultimate prayer to release fear.

It took me a long time to get here, but I am here, and now, I could not give you—or myself—a more powerful mystical tool to transmute fear.

And so with exquisite timing that took (only) twenty years to complete, I invite you to join me, Clark Strand, and Perdita Finn in their ONLY prayer intensive on the rosary all year.

We made a rich page for you:

As a prayer artist, devoted to mystical prayers of the cosmos, ancient and new, I couldn’t offer you anything more beautiful than a walk with the goddess hidden in the rosary.

It doesn't matter if you've prayed thousands of rosaries or this is all brand new. The Mother and her message to "fear not" waits for us all. 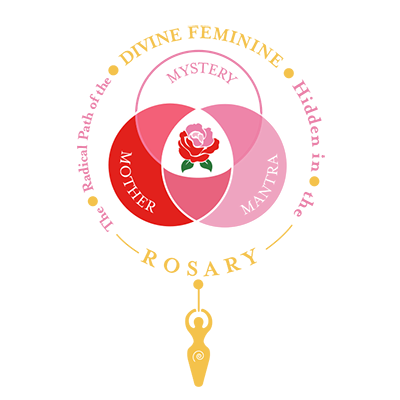 We open Tuesday, March 3, and meet on Tuesday March 10 and 17, followed by a mystical celebration of the divine feminine on Saturday March 21.

Don't be concerned if you can't be with us live for some or all of the gatherings. Everything will be recorded for you in both video and audio formats.

to taking the hand of the Goddess as She invites us to fall out of fear and into love,

PS: Emma Kupu Mitchell received a powerful command in a dream to create the sacred anointing oil for our intensive. I bet that was Gabriel! The link to purchase the oil will be on the resource page.