"Those who don't believe in magic will never find it." Roald Dahl

I prepare to write these Sunday Notes from the Field by spending Saturday reviewing all that happened in the last seven days in my deep soul writing journal. Even after 23 years, I am surprised by what surfaces. Bits and pieces that seem unrelated suddenly line up and I can see the dots connecting.

This week was filled with lots of unrelated dots that are now forming a picture that connects prayer to miracles—miracles that create safety and home.

Miracle one happened on Monday.

Monday was Yom Kippur, the holiest of holy days in the Jewish tradition. Growing up, I knew it was called “The Day of Atonement,” but aside from that, I confess I didn’t pay any particular attention to Yom Kippur, nor did I understand why it is so holy.

But Yom Kippur was waiting for me. And she knocked on my door on October 6, 2003.

That’s the day my ex-husband died. He died young, 56-years old, after a long struggle with anger and addiction. The saddest thing he ever said to me was “life is a fight.”

And indeed, after years of fighting everyone and everything, including me, mental illness, his employees, his customers, his bank, his friends, and even his mother and his son, he died fighting his body in a protracted brutal death. After a violent fall, he lay unconscious on ice in ICU for a week. Jerry and I looked on in horror as his father’s body responded to a strange undercurrent rolling up and down his body. It was as if something inside was trying to get out. I’d never seen anything like it and I hope to never see it again.

When the phone rang at 6:30 am on Monday, October 6, to let us know he had died, I was oblivious to the portent of the date. It was many days before I realized his soul chose to leave on “The Day of Atonement.”

But once I did, I began to ask him to atone.

I said an odd prayer, a prayer I never heard and no one taught me. It just came to me. And I started saying it over and over and over again: “You can do for us there, what you couldn’t do here.”

I didn’t listen to them. I listened to my gut. And my gut said that despite all that had happened, there was something inside that man that loved me and loved our son. My gut said that on the other side he could see all the mistakes he had made, all the cruelty, all the abuse. My gut said he was sorry. And wanted to atone. Otherwise, why choose that day of all days to die.

You can do for us there what you couldn’t do here.

And he did. He so did. On November 11, 2003, I received a check for $322,000 from his life insurance policy—a policy he had allowed to lapse after the divorce. And yet, somehow, even as he succumbed to the black fog of addiction, he gathered enough wits to reinstate the policy and name me—me!—the beneficiary.

So I honor Yom Kippur every year and without fail, he arrives in some way with a message of love or a gift of atonement.

Last year, he appeared as a hawk on a branch at eye level. He stared into my eyes for ten minutes as we talked about all that was happening with our son. When I said, “Thank you, I love you,” he flew away.

This year, I had something important to do on Yom Kippur. On Sunday night, I finished a 9-day novena called Stella Maris placing a request that my son Jerry pass the New York bar in our Sweet Mother’s hands. (The bar, by the way, is tomorrow, Monday Oct 5 and Tuesday Oct 6—yes, October 6—if you’d like to say a prayer for him.)

Just like I knew nothing about Yom Kippur, I had never heard of a Stella Maris novena. Perdita Finn and Clark Strand offered it on the Way of the Rose facebook group and looking at the prayer, I thought it was perfect for Jerry. Plus, it ended on Sunday, September 27, the day before Yom Kippur. I decided I’d overnight the little prayer-packed chaplet on Yom Kippur, so Jerry could have it in his pocket when he takes the test.

That was my plan. But on Monday, I didn’t go to the post office.

Instead, I decided to say the Stella Maris novena prayer one more time. As I stood in my living room, I called on his father to join me in the prayer. I began to pray the 12 Hail Marys, each followed by this beautiful chorus:

Our Lady, Star of the Sea, help and protect us.
Sweet Mother, I place this cause in your hands.

I was in tears and I know his father was, too. And all those prayers and all that love is alive in those beads.

I wrote a note saying the Stella Maris chaplet held both his mother’s and his father’s love and prayers, and overnight mailed it to Jerry, who has it in his pocket even as you read this.

And that was only Monday!

You know what happened next. The debate.

Although we mustn't call it a debate. You can’t debate a bully. And even though I didn’t watch it, all the trauma I experienced with my ex-husband at the height of his abuse and bullying returned.

I couldn’t sleep. But this time, I didn’t have the stalking nightmares like I had 4 years ago.

This is different. And much scarier and more intense. Because it’s greater than one abusive man or even one abusive political party.

It isn’t safe to be a woman, a Black or Brown person, a Native person, an immigrant, or a member of a non-conforming religion. The land isn’t safe from greed. Not even the pristine icefields of Alaska are safe from oil companies. After decades of effort, the waters and the air we breathe are back under attack.

What can I, one woman, one prayer artist, possibly offer to help create a home? A safe home. For me and for everyone?

I certainly know how to create miracles in my personal prayer life, but this feels beyond me, this feels too big.

And yet. And yet. I felt a strong call to create a prayer practice. To create something that helps. Something that assuages the fears, soothes the hearts. Something that gives people the feeling I had saying the Stella Maris novena and placing my “cause” in the Mother’s hands.

But I didn’t know what it could be. I know better than to try to force myself to think through a problem. I have to wait and be open to the next dot appearing in front of me.

And it always does.

It began to surface on Thursday in deep soul writing. I was talking with “Beloved Vibration of Mother Sophia!” about how much I love the simple definition of witch that came last week.

I wondered if there could be a simple definition like that for prayer. One of my sacred callings is to redefine prayer, and so far I have 5 gorgeous and expansive definitions, but together they make for a pretty long paragraph.

I was hoping to find a short memorable definition like the one for witch. And poof, there it was on the page.

What? Really? Do those 5 words tell the whole story? Well, I took my 5 definitions: love songs, sacred medicine, relationship, vibration of love, and theatre of the miraculous, and found all 5 fit under miraculous, field, or love. So when you put them together…

Well now. I stared at that a long time. It felt so good. This is me!

Do you recognize yourself in this definition?

Men, by the way, are not excluded. Men pray. So, men can be witches too.

I googled for a patron saint of witches and the most interesting woman popped up, Columbe of Sens in France, who might have been a saint or a witch. No one could tell the difference! (She’s so my patron saint!)

Then I searched for a male patron of witches and sure enough, there’s Albertus Magnus. So, everyone is welcome into witchdom, if you are willing to pray in the miraculous field of love.

As the week was coming to a close, I still didn’t know what kind of prayer to offer to help create a safe home for everyone. But, as usual, I was good hands.

I woke on Friday morning knowing it’s a litany.

A litany. Of course! It has just 9 short, easy to remember lines, each one addressing one of our 9 Mothers. All I need is an opening and closing phrase. I trust that will come soon.

When The Miraculous Prayer to Create a Safe Home for All is ready, I’ll invite you to walk with me in the miraculous field of love.

Together, our prayers can connect the dots to create the miracle of a world that is a safe home for all:

Perhaps the prayer is waiting for everyone to convene in the October prayer intensive Finding Home. Maybe I just received the seed and together we will create the field of miracles. I love this idea of creating a universal prayer together. After all, if I'm a prayer artist, you are a prayer artist too!

By the time we complete our walk in the miraculous field of prayer, we will have not only found our home but be on fire to spread the magic.

We open Tuesday, October 13 for 3 Tuesdays. All the details, including two videos, are on the landing page on my site.

Please come and walk the miraculous fields of love to create a SAFE HOME for yourself and for all our relations. 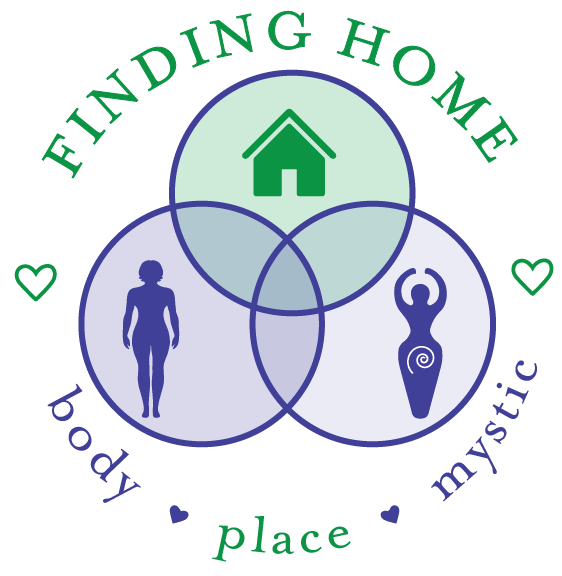 to praying in the miraculous field of love
Janet

Spread the love
Posted in Mystic Witch and tagged finding home, The Way of the Rose, Yom Kippur
← I found my home! What’s yours?I prayed and my prayer beads exploded →