Last Sunday, I wrote about the Chandra for the Lunar Year that began on April 11, 2021 and ended last Thursday, March 31. In that letter, I suggested you might learn a few interesting things if you looked back at all that has happened in your life this past Lunar Year through the filter of the mystical Chandra, “A bottle labeled drink me.”

If you missed it, you can read last Sunday’s Notes from the Field on my blog.

As promised, in today’s letter I’m turning my gaze to the early moments of the new Lunar Year that arrived on Friday, April 1 under the dark moon at 2:24 am Eastern at Aries 11⁰ 31’.

Thanks to incorporating The Moon is My Calendar into my daily deep soul writing, reading, and prayer practices, I have trained myself to pay attention to the moon phases changing each day.

And when a whole new lunar cycle opens, the first thing I do is read the mystical Chandra for that dark moon from Inside Degrees by Ellias Lonsdale.

If you’re familiar with Sabian Symbols, the Chandras are in the same vein—a symbol for each of the 360 degrees—but Chandras go deeper. I find far more magic and meaning in the Chandra system.

The Moon is My Calendar lists the sign and degrees for both the dark and full moons for each cycle. So at the beginning of a new lunar cycle, I read the Chandra for the sign and degree of that dark moon. I may not understand it. I rarely do. But I reread it often through the cycle. Then, when the cycle ends, I look back at what actually happened and invariably find clues to how the mystical message of that cycle has been feeding me.

Each lunar cycle teaches me something, but the first one, the one ushered in on the dark moon in Aries is special. It carries a big message that somehow will feed us for the next 13 cycles.

So on Friday, I joyfully opened Inside Degrees to the Chandra for Aries 12 to get a hint for the new lunar year. Here’s the Chandra. Read it slowly.

Dark Moon that initiates the New Lunar Year:
Aries 11 degrees, 31 arc minutes
Round up to the next degree and read the mystical Chandra: Aries 12 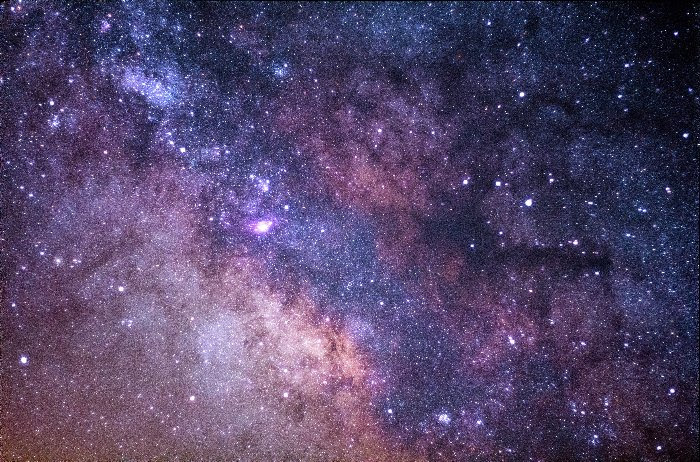 An old woman hears the stars talking to her at night

Soul gifts from the morning of the world now turning into treasures untold. A quality of being, a presence, an aura which fills the world. You are the microcosm here and now for so many worlds. There is wonder and awe, discovery and an odd echo of fate. All of this has happened before; nothing is new. A twilight state. The repeated awakenings, and yet still dreaming on. Majestic vistas. So much to conceive. All exists inside. Yet in the secrecy of the heart, no clues are offered. All remains bare and stark

I sat with that Chandra for a while. Reread it. Took it into deep soul writing, and this sweet short Lunar Vow Prayer emerged. I will say this every day until next April:

I hear echoes from the song of the morning of the world. And I listen. In wonder and awe.

Do I know what the Chandra means?

Of course not. I have little intimations, little ideas of what it might portend, but I know from tracking Lunar Years for five years now, that I really won’t know what the year is about until it’s drawing to a close.

Do I know what my Lunar Vow Prayer is saying?

No, I do not. I just love the sound of the words “echo” and “morning of the world.” And my heart needed to add “song” even though it’s not in the Chadra.

I’m pretty sure I know why. I’m in an intense creative process right now with a few other mystics to create a 13-lunar cycle witch mystery school. And the name has the word “songlines” in the title.

Song and songlines are singing me into being right now, in ways I can’t begin to understand.

I played with the wording in my Lunar Vow Prayer for a bit and then when it felt settled, I read it aloud. And knew right away, “Oh! This is my prayer.” Because as I spoke the prayer aloud for the first time, I felt both tears and joy. Those are my clues.

The combination of tears and joy always tells me: “This is mine. This is my prayer.”

I will say my Lunar Vow Prayer aloud every single day throughout this Lunar Year. And a year from now, I’ll let you know what it has done to me.

I also have a Solar Vow Prayer which I love so much I’ve said it every day since January 1, 2017. And it still makes me teary and ecstatic.

I recommend this sweet powerful practice of speaking your Solar and Lunar Vow Prayers every day before you begin soul writing. Those two prayers open gates somewhere in your soul. 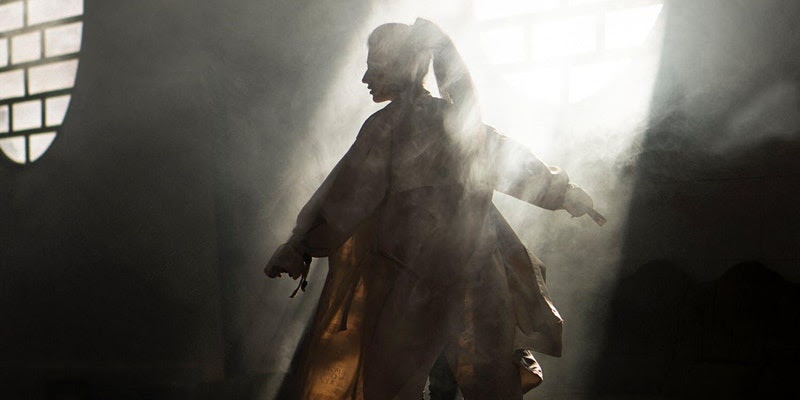 I have a special offering for you.

I have been invited by Her Voice Returns a Canadian Storytellers organization to open their new event, Witches, by telling the story of how I (very slowly) awakened to the realization that I am a mystic witch. I’ve written bits and pieces of my story in various newsletters, but this is the first time I’ve performed it.

Other storytellers are joining me to tell their stories or the stories of witches of the past.

The event is next Saturday, April 9 at 4pm eastern. Here are the storytellers you’ll meet:

There will also be choral music and an invitation for an open conversation with all the storytellers.

Tickets for Her Voice Returns are offered on a donation basis.

to dancing in the mystical wisdom of a new Lunar Year

Come hear me (and Hyldemoer) read Notes from the Field on YouTube.

Video coming soon!
Spread the love
Posted in Mystical and tagged chandra, Her Voice Returns, lunar new year
← Look back before this lunar year ends“I am that woman” →