Week 43--in which we receive an invitation

An evocative invitation arrives this time each year. But most of us stay too busy to notice.

For eleven months, we move through the year hoping to find some kind of pattern of possibility or threads of meaning—some kind of feedback that what we’re doing is working. Sometimes we get glimmers of those patterns. Sometimes we pick up some threads.

As the days shorten and nights lengthen and the temperatures drop in the Northern Hemisphere, nature beckons us to slow down. Appreciate the harvest, the plants say. Smell the changes in the air, the trees say. Get cozy in your chair, the books say. Go to sleep, the moon says.

The world offers invitation after invitation to be still and listen. The season knows that if we would pause, if we would take the time to look back at all that has happened, we would realize that those patterns and threads are right there. Hiding in plain sight. We’ve just been too busy-fied to notice.

We, who are so well trained and indoctrinated by the relentless capitalistic drumbeat to look forward, set that next goal, complete that next task, invariably find ourselves stumbling through the closing months of the year doing anything but slowing down. Instead, we exhort ourselves to keep going a few more weeks, make it through the winter holidays.

For a woman, the winter holidays are anything but a holiday. They just add another mountain to our already impossible workload and financial burden.

I made a startling discovery in 2007, when my son came home for winter break his freshman year in college. I had just turned in the manuscript for Writing Down Your Soul that November. I told him I couldn’t afford a tree or decorations or gifts or fancy food—all things I’d done for him his entire life. When he arrived, there was no wreath on the door. No twinkling tree in the living room. No presents. No paella.

I wanted to do something special, so I told him I’d make anything he wanted for dinner. He knew immediately: chicken piccata on Christmas Eve, beef stroganoff on Christmas day. This I could afford. On Christmas eve, he read me the recipe from his perch at the kitchen counter, while I chopped and sautéed. My favorite way to cook.

When the piccata was ready, we brought our plates to the dining room and sat at a plain table. I didn’t even get out the fancy linens. We began by saying grace in the fun way we love. We take turns holding A Grateful Heart to our hearts and then randomly open the book and read where our eyes land. It’s like an oracle of gratitude.

As we dove into our piccata, I asked him about college and he talked with relish about his favorite classes, literature and philosophy. And the quirks and opinions of the professors. And he talked about how radically different New York City is from suburban Florida, and why he loves it there.

I told him about finishing the manuscript and how thrilling and terrifying it was to step into these strange new shoes of “author.” He listened, really listened, and asked me thoughtful questions about my new life as a writer.

Midway through dinner, he put down his fork, looked me in the eye, and said, “Mom, this is the best Christmas ever.”

He was right. Christmas was, at last, restored to what matters: conversation, connection, curiosity, laughter, food, fun. Joy.

And that’s the way I’ve “celebrated” every holiday ever since.

But then something happened in 2010 that not only upended how I approach the end-of-the-year holidays, but how I live altogether.

The full story is in The Lotus and The Lily, but here’s the gist. 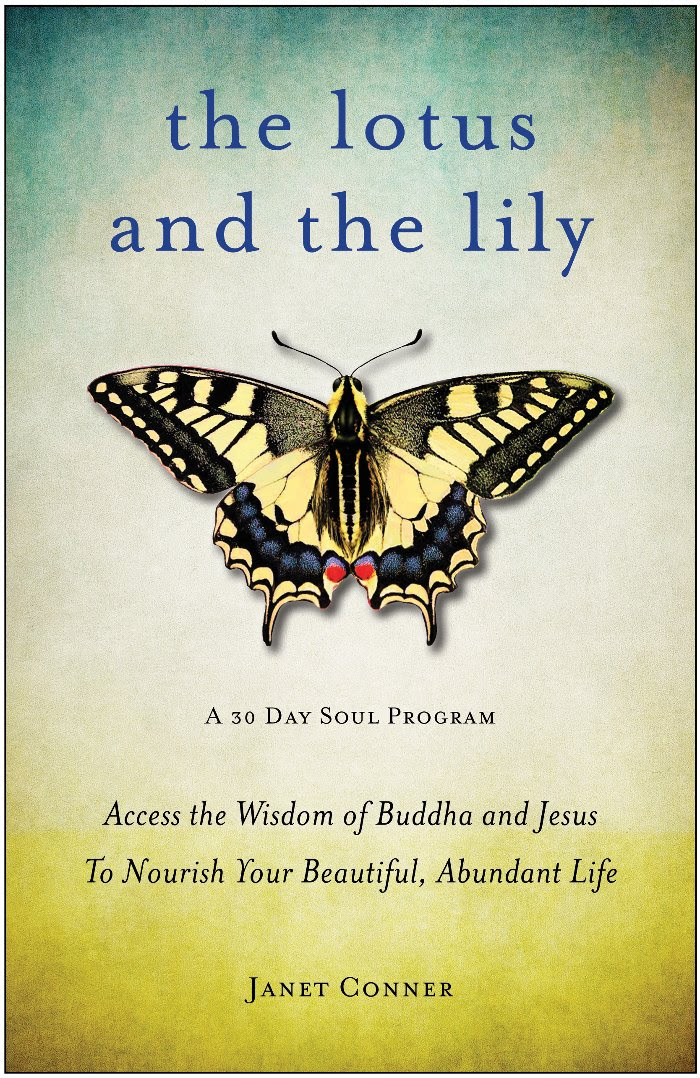 Writing Down Your Soul came out January 2009. I spent the year traveling the country, teaching deep soul writing at any spiritual center that would have me. A couple thousand of you met me during that book tour and are still reading these Notes from the Field over a decade later!

But by November of 2009—a brutal financial year for everyone—I had to face reality: I was bankrupt. This felt so unfair. Here I was doing the work I have been given, and finding a hungry audience, and still going broke. I called a bankruptcy attorney but he couldn’t see me until February.

Screaming, I threw myself into deep soul writing and demanded help. Well, I got it. I received clear, if surprising, instructions: Write at the deepest soul level every single day in the month of December.

Well shoot, I can do that!

I wrote the book on soul writing, after all. But I was also told WHAT to write about. This had never happened before. Or since.

I did it. Every day. Two hours or more of intense deep soul writing.

When I went to bed on December 31, I had complete confidence that I was ready to manifest a beautiful 2010.

But on New Year's Day, something strange happened.

Instead of picking up my journal and starting to write about 2010, I picked up a library book, You Are Here, by Thich Nhat Hanh. I actually said out loud to my journal, “I’m just going to read a little bit of this."

Well at 3 in the afternoon I was still reading. But I stopped when I read this sentence:

“The Buddha said, when conditions are sufficient, there is a manifestation.”

I was too stunned to move. I reread the sentence. As the full meaning landed in my body, I shot out of the chair and raced around the room screaming: Everything we think we know about manifestation is 180 degrees off!

It’s not about the manifestation! It’s about the conditions!

And with that sentence, any semblance of the law of attraction flew out the window and the real power of creation flew in. From that moment, I haven’t given manifesting a single thought. I don’t even use the word. I have not made any goals or lists of things I want to happen. No vision boards. No positive affirmations.

I do one thing: On New Year’s Day, after two weeks of looking back to find the real meaning of the year coming to a close, one week of forgiving and releasing, and one week of imagining the year to come, I soul write about the conditions I want to embody all the next year. The conditions I know will create the fertile soil of my life. And then, to help me remember, I make a simple mandala with my conditions, put it where I’ll see it, and chant my conditions every day.

When I made my first mandala on January 1, 2010, I could not have predicted what happened in a million years.

In January, went about my life as usual. I traveled. I taught soul writing. I opened a tele-class. I did the same things I’d done all through 2009. Only this time, something different happened.

Come February, I finally had a chance to see the bankruptcy attorney. He explained the process and asked me if I had any questions. “Yes,” I said, “I have one. I made $18,000 in January. Is that a problem?” He stared at me, “Yes, it’s a problem You’re not bankrupt. Call me when you’re bankrupt.”

I came back home and stood in front of my mandala. “What are you?” I asked. That question set me off on a deep dive into the mystical creative power of a mandala.

This experience was so astonishing that I wrote a newsletter about it and offered a class right away. I offered it again that November because I wanted to do the process in November and December so I'd be ready to make a new mandala for 2011 on New Year’s Day.

Since then, I’ve offered this intensive every November because it is so in alignment with the invitation of the season to slow down and look back.

When prayer artist arrived in February 2018, I rearranged my life around this sacred calling and announced in this newsletter I would no longer teach my book courses to make way for prayer intensives.

My email was flooded with encouragement and celebration of prayer artist—whatever that might be. But at the same time, people screamed BUT you have to continue to offer Lotus and Lily!

I reassured everyone I would always—always—offer The Lotus and the Lily from mid-November to mid-December. Because I know how magical it is.

I am the poster child for what happens when you take your eyes off what you think you want and focus on embodying conditions that welcome the life that wants to be lived in and through and as you.

Come January 1, 2023 I will be making my 13th mandala! Each one more magical than the one before. And you are invited to join me. 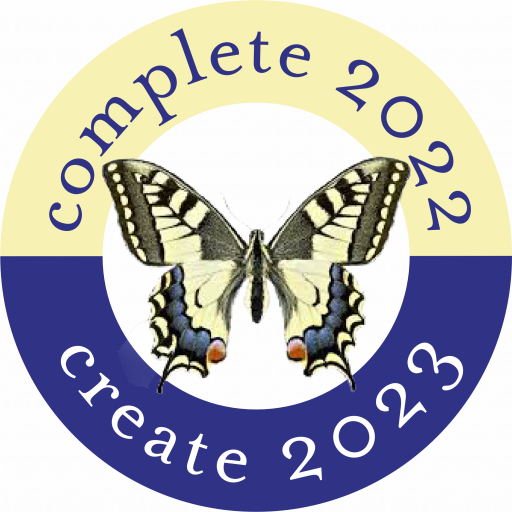 We gather in the Theatre of the Miraculous for this truly miraculous intensive for five Mondays from 7-9:15pm Eastern: November 14, 21, 28, December 5, 12.

Everything is recorded if either of those times don't fit your schedule.

After that we take3 weeks off so you can relish Winter Solstice and any holidays you celebrate—in whatever way you celebrate them. (You don’t have to be quite as austere as I am.)

We meet again on Sunday, January 8 at 2pm Eastern to share and celebrate and bless our mandalas. It's a joy-filled mystical party of the highest order!

Come and play in the mystical magical waters of The Lotus and The Lily. It will completely transform your understanding of "manifestation."

PS: This annual intensive is my most popular and always fills to overflowing, do please register soon.

Spread the love
Posted in Mystic Witch and tagged prayer artist, The Lotus and the Lily, writing down your soul
← The inner mystery of a nameWhy I couldn’t wear a witch costume →