I’ve been navigating the threshold between worlds for 24 years. I just didn’t know it.

Or rather, I didn’t know that’s the name for what I was doing.

But I do now. And having a name, a clear, descriptive, and rather delightful name for dancing in the mystery makes me very happy.

I first stumbled upon the threshold in the spring of 1997 when I discovered I could pose a question in my journal and a response would bubble up through my hand onto the page. A response that clearly didn’t come from me.

Big or small, I discovered that when I followed the guidance I received, my life got a little bit better.

Simpler. Sweeter. Even a little bit richer. Sometimes in the monetary sense, but always in the creative sense.

I realized that if I showed up every day, pen in hand, I could basically stand back and watch ideas explode onto the page. I relished this wild creativity, but until I wrote the manuscript for Writing Down Your Soul, I didn’t actually know what I was doing or why it was so creative.

But I had a contract to write the book and I needed to come up with a process that was not only replicable but was also based on some kind of scientific, verifiable foundation.

So I dug into James Pennebaker’s groundbreaking psychological research on the efficacy of writing. After that, I found Candice Pert’s research in neuropsychoimmunology showing that unexpressed trauma actually constricts the carotid artery, depleting the flow of essential nutrients to the brain. Turns out that when we say we feel “stuck,” the frontal cortex actually is stuck. Without sufficient glucose, it is restricted in its ability to build new neural pathways that lead to creative solutions to problems.

I loved the scientific validation I’d found in psychology and biology, but I sensed there was one more piece. I just didn’t know what it was. So, I tossed a request for help on the page.

I didn’t have long to wait. The next day I heard an interview on the internet with Robert and Michelle Colt on consciousness. I didn’t really understand what they were saying, but my gut said to interview them for my book.

When I told Robert and Michelle I was writing a book about a kind of journaling that activates soul wisdom, they got excited. Michelle went so far as to say that journaling is the most effective spiritual practice because it activates three senses. (Since then I’ve figured out how to activate five).

I thought that would be a spectacular quote for my book. But I didn’t know the real gold was about to arrive.

I hoped they could help me understand what is happening when the juiciest, most creative responses flow onto the page.

I described how as I'm writing about something intense and important, the pen will begin to have an energy of its own, and the words flow so fast that there might not even be any spaces between words, and the pen feels like it’s one with the paper and doesn’t want to lift off.

I paused. There was no response. Just silence. Then, Robert said something that planted a seed that has been growing over the last 13 years and burst into bloom this week.

He said, “I don’t know how you’ve done it Janet, but you have trained yourself to enter Mystical Theta.”

I’d never heard of theta. But my whole body shook in recognition. YES! Whatever you call it, I know that I’m slipping into this magical brainwave when I connect with my Divine Voice.

Robert could tell I knew nothing about brain wave states. So he gave me a simple introduction to how our brain waves gradually slowdown from speedy beta where we worry and can’t really solve problems, to alpha where we can do focused work, to theta where we are in creative flow including occasional bursts of mystical theta, where we have access to infinite intelligence. And finally our brain waves settle into slow delta and sleep.

Robert didn’t use the word threshold.

Nor did he use the word doorsill that Rumi uses in his poem “The breeze at dawn has secrets to tell you.”

Rumi said, “People are going back and forth across the doorsill where the two worlds touch. Don’t go back to sleep.”

All four words point to this mystical magical place where we can touch, and be touched by, the mystery at the center of the world.

The answer is yes. Over time, I discovered that so much beauty comes through in the night and in the morning that I started taking a yellow pad to bed with me. (This Notes from the Field was written on that yellow pad as I woke yesterday.)

Discovering Morning Theta led to noticing whenever I slipped into theta throughout the whole day.

And, it led to noticing what kinds of activities escort me to the threshold.

In addition to soul writing and morning theta, here are a few others:

Did you notice Ho‛oponopono on that list? It was this prayer that showed me how prayer crisscrosses the threshold.

On February 5, 2018 I began to say the prayer and when I got to the part about forgiving my mother, I stopped, turned to Archangel Michael and blurted out, “Oh for heaven’s sake. I’ve said this prayer for years, my mother is forgiven! Show me the first person who silenced me.”

And, well...there he was! The first man who silenced me. Five thousand years ago. And in the moment his presence was in the room, I knew he had been my husband.

I burst into tears and said the prayer for him, to free him after five thousand years from the fear that held him hostage even as he silenced my voice.

The next morning, I said Ho‛oponopono for him again, and the next day, and the next. And each day his lyric changed, proof to me that he was crossing the threshold to let me know he was settling into feeling he deserved to be forgiven. His final lyric was “I’ll be waiting here for you.”

Twenty days later, I woke in the night clearly hearing “prayer artist.” I didn’t need Robert Colt to tell me that I was in the threshold of mystical theta.

But I still wasn’t consistently using the word threshold to describe my experiences in mystical theta.

The Lotus and The Lily prayer intensive opened on Monday. Emma Kupu Mitchell showed us how to look back at 2020 by walking a finger labyrinth for each month, a skill she learned this summer in her Veriditas labyrinth training.

She began by quoting Buckminster Fuller:

“If you want to teach people a new way of thinking, don’t bother trying to teach them. Give them a tool instead, the use of which will lead to new ways of thinking.”

My body did an involuntary yes shake. Yes! What I offer are tools. Lots and lots of theta crisscrossing tools.

I guess my sweet sacred voice heard me, because I was awakened on Wednesday with this wild moniker:

Mistress of the Thresholds

Even in the night, I started giggling. Really? Well, why not.

Prayer Artist
Mystic Witch
And now, Mistress of the Thresholds

In deep soul writing that morning I said yes to stepping into my calling to be a Mistress of the Thresholds and started making a list of some of the delightful prayer intensives I could offer next year to help you dance in the threshold, too.

But I think I must have been harboring some trepidation about claiming to be a Mistress of the Thresholds. Although you'd think after witch there wouldn't be a lot that could scare me anymore.

But the Goddess knows what we need even when we don't, and the next morning She sent the perfect help.

As I was lying in bed in morning theta, I clearly heard “Our Lady of the Threshold.”

I woke with the sweetest smile on my face. Just bloody wow. I have all the help I could possibly need. My own Queen of the Thresholds.

You’ll find me in the threshold between worlds, following Our Lady of The Threshold as she dances me into being.

Great magic ahead in 2021. Until then, you’re welcome to join Emma and me in The Lotus and The Lily. Our 2nd gathering is tomorrow, Monday, November 23.

After Lotus and Lily, we’ll wrap this wild year up with a short 2-evening prayer gathering with Rabbi Tirzah Firestone on December 16 and 23 to help us end the year with a big Exhale! Watch next Sunday for an invitation to dance with Tirzah and me and the Feminine Divine in that Threshold between seasons, between years, between ages. Did you know we’re about to be danced into the Age of Aquarius! 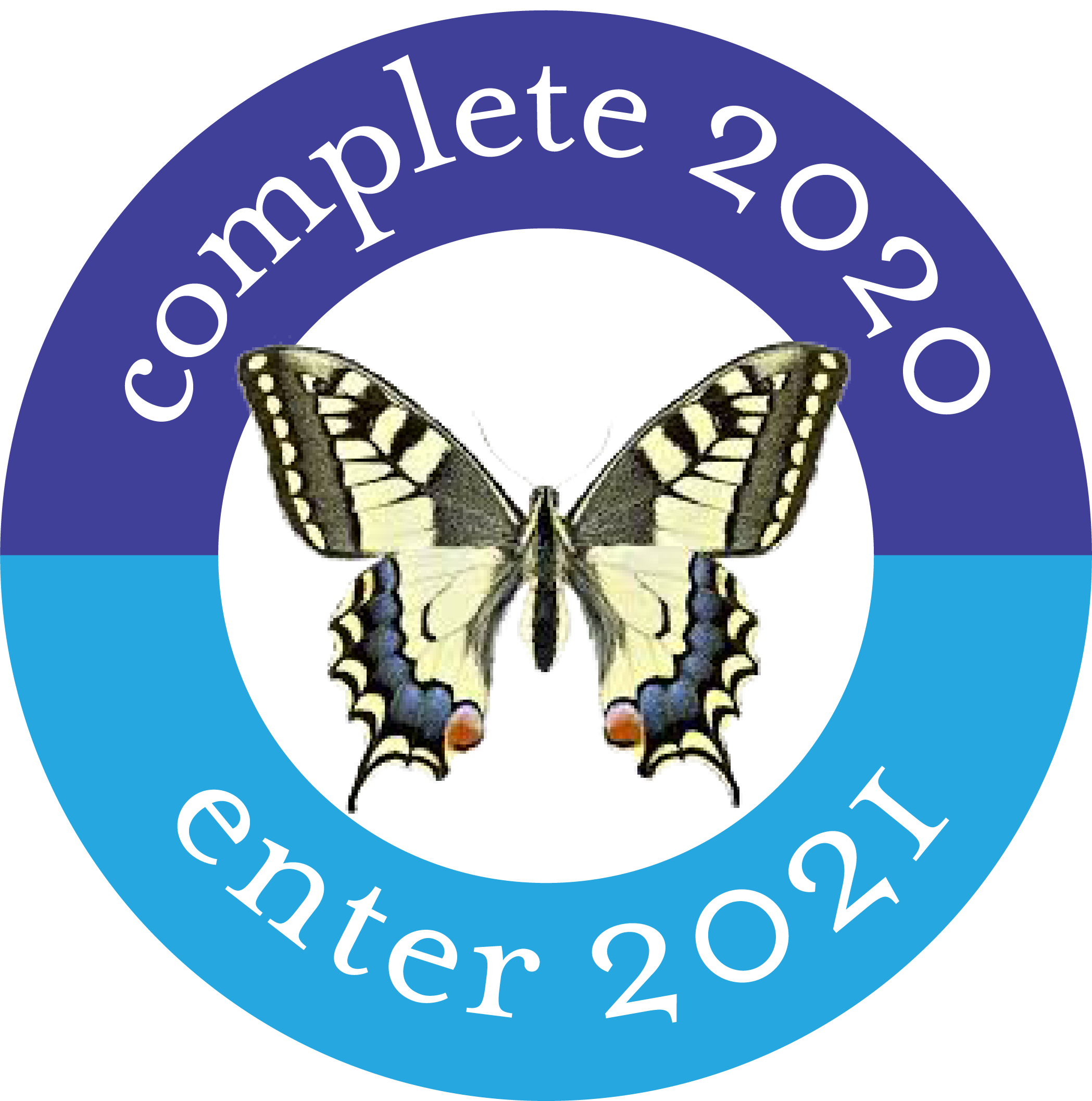 to dancing in the threshold between worlds,

Spread the love
Posted in Prayer Artist and tagged Mystical Theta, Robert and Michelle Colt, Rumi, writing down your soul
← How did the mandala I made in January know what would happen?Are you ready to Exhale! →