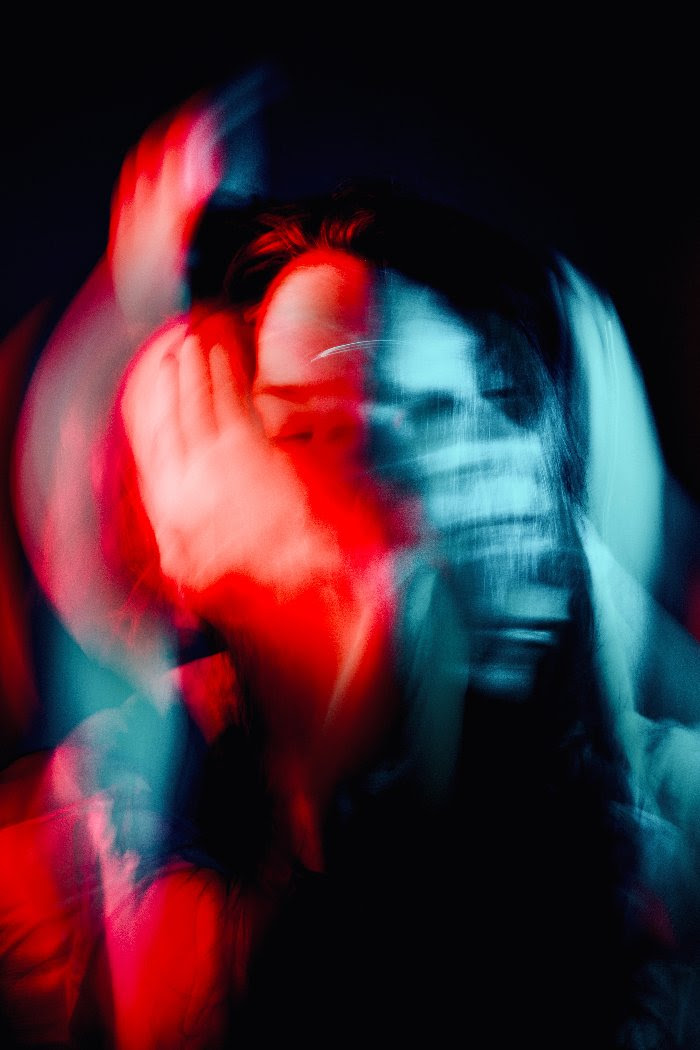 It’s been an extraordinary week, hasn’t it. Seven days of change, change, and more change. Each day, a new upheaval.

It feels scary and overwhelming.

As a prayer artist and mystic witch, I can’t pretend I don’t see it. And I can’t ignore what’s happening in these Notes from the Field. I am not interested in the self-help pablum of positive thinking.

I want to go much deeper than that. And I sense you do, too.

This week, we stepped into the time of Equinox. That luscious moment when the light and the dark come together to dance the Earth into her next story, be it the cold story of silent Winter in the Northern Hemisphere or the gentle awakening of the ecstasy of Spring in the Southern.

When people speak of Equinox, they tend to focus on the word balance. Balance? There doesn’t appear to be a whole lot of balance right now. What we have, instead, is a world of chaos, turmoil, and confusion, with a healthy dose of fear.

For starters, the weather is wild.

Wildfires in the West. Hurricanes in the East. As I write, a pepper of notifications exhorts me to prepare for hurricane Ian who appears to have her eyes on Florida. And, after devastating Puerto Rico, Fiona is now arching north to batter Canada. Canada? I’m not used to thinking of Canada being buffeted by hurricanes. But tell that to the gods of climate change. I don’t think they care.

And the political climate?

Politics is a wild fire all its own. Russia’s brutality in the Ukraine is shocking. And now Putin needs more fodder, and Russian men are scrambling to run away from conscription. Oh, I remember this terrifying time in the sixties, when college-age men fled to Canada rather than be drafted to fight in Vietnam.

In another experience of shifts in political power, 63% of the world watched the Queen of England’s body descend into the vault, and as she disappeared it seemed the very concept of what it means to be royal may have disappeared with her.

And I hardly need to tell you about the absurd political climate in the United States. We are dealing with a previous president being investigated not just for instigating a coup, but for possible espionage. My Goddess, but this man makes Nixon look like a statesman.

Everything costs more. But I will not complain when I look at the rate of inflation in England, which is terrifying. And just to add a little more fear to the mix, on Friday the financial markets around the world fell dramatically.

Is all this chaos a portent that the balance of power is changing? Truly changing?

And if so, no matter how much we long for the end of the patriarchy and the birth of a kinder way to live, how do we move through this chaos with equanimity and grace? How do we trust that somehow all shall be well?

When I asked myself these questions, I realized this week’s number holds clues to what is happening and how to live through it.

This is week 39 in a year in which we set out to “learn to listen to love” and are finding it harder and harder to hear that song. But that doesn’t mean the song isn’t there. It doesn’t mean the universe isn’t singing. She’s always singing. But here on earth, it sure looks like most of us are walking around with hands over our ears and shouting LaLaLaLa so we don't have to hear the truth.

In The Life You Were Born to Live, Dan Millman condenses the gifts and struggles of this rare life path into two paragraphs. One on working 39 in the Positive and one in the Negative.

Here are the attributes of the negative. As I read them, I sense I’m picking up vibrations of the world this week and all year and probably well into the next.

Dan Millman doesn’t mention Tarot, but I can hardly miss what happens to 39 when you reduce it to a 12. Twelve is the Hanged Man. You know that weird image even if you don’t work with the Tarot.

The Hanged Man is an ancient universal symbol of surrender and breaking old patterns.

“This symbol ultimately teaches us that there are always many more options, solutions, and perspectives to consider than those in which we are currently invested. Often, when we experience ourselves being bound or limited, there is a sense of being numb, asleep, depressed, or blind. … The solution is found in our willingness to surrender to a greater sense of faith and trust within our nature.”

In astonishingly perfect synchronicity, Marcia Wade changed the schedule in our prayer intensive, Goddess of the Edge Part 1, so we could meet Chaos this week. She said it had to be at the Equinox.

Because Chaos has so much to teach us about how to look at the world differently.

Rather than try to articulate this deep mystical astrology, I asked Marcia if I could share something she posted in our private FB Goddesses of the Edge group on Friday about Equinox and Chaos. 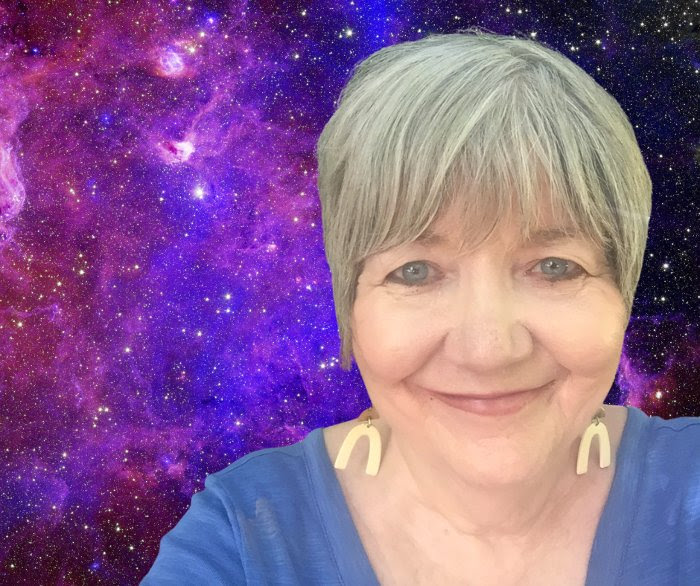 One of the great hinges in the ancient and ever-new wheel of the year swings open tonight as Planet Earth reaches the halfway point between the year’s two Solstices.

That point is where she holds light and dark in equal measure. The power of it changes everything.

For days it's been cracking the planetary magnetic field open for days, as the auroras dancing across the poles and crowning Earth with cosmic light remind us that it's time to lean, as far as we can, into the Great Mystery. The season of transformation is upon us.

2022 isn’t any ordinary year, and neither is her Libra Equinox.

Just hours after the Sun crosses the World Axis (as the first degrees of the zodiac’s four change-oriented cardinal signs are called), our Messenger planet will conjoin our Star. Their meeting will seed a new way to see, with fresher, more creative and transformative eyes. Three days later, the Sun and Moon will conjoin for the hieros gamos of a new moon. As the Equinox Gate opens, we're already in the dark moon creation fields.

Everything’s transforming here on Earth. And the choices you make – about what to let go of and what to hold close to your heart – are calling it in.

A dark moon and a new Mercury at the Equinox are big news – but that’s not all that sets this one apart.

Out at the edge of the solar system this Equinox morning, Mercury squared a tiny planet named Chaos. For us, born into a 5,000-year-old culture of control that’s now coming apart at the seams, Chaos is synonymous with a destructive, pathological mess.

Chaos Theory, though, tells us that without her, nothing can change. When she is near, the forces of creation are too.

That's actually very close to the original meaning of Chaos. To the ancient Greeks, she was the primordial mother who birthed the Universe. Her children were Gaia, Eros, and Tartarus, the depths. The perception of her as negative arose much later, in an empire that, like our world today, was fueled by control.

The word chaos didn't enter the English language until the 1400s, when the devastation of the Black Death was giving way to the discoveries that would quickly lead to an age of colonial exploitation in which new empires would grow like parasites. Then, as earlier in ancient Rome, chaos meant not creative emergence but disorder and utter confusion. A culture of domination couldn't hold space for anything else.

The culture of domination, however, is past its expiration date.

And 24 years ago, the discovery of the tiny planet Chaos opened new access to her potential—and ours, for she is part of us. We're woven out of the same Mystery she is.

For most of the time since her discovery, Chaos has been in Gemini, permeating the way we communicate. We've not only seen the confusion and disorder; we've recoiled from them. But could it be there's something beneath it? In a few weeks, when Chaos retrogrades back into Gemini's last degree, we'll have a chance to find out.

Because since July 19, Chaos has been in Cancer. Her formless void, saturated with creative potential, has come to our emotions, our dreams and intuition, our relationships with women, and the ways we nurture ourselves and others.

And over the next three days, as the Sun and the Moon square Chaos, new ground is being broken—in your mind, for your heart, and for your emotional intelligence. All for the primordial mother to birth something truly new, something as creative and wondrous as the Mystery we're made of.

If you're feeling the intensity of these times, the impossibility of the problems you face, don’t despair. The tiny planet who activates the force that birthed the Universe is right here in the Universe within you and all around you too.

The Equinox Gate is opening and breaking new ground for you to see—not all the stale and worn-out truths of yesterday and the last millennia, but a truth so new it's alive and still happening.

The Universe is still being born, all around you and deep within too. All it needs from you is a little room. Your heart, your mind, and your energy are the perfect fit.

Our adventure with these four Goddesses of the Kuiper belt continues this coming Tuesday with Haumea, the mother of mothers in the Hawaiian Pantheon. She is teaching us the sanctity of creation. And the sanctity of the feminine.

You are still welcome to join us.

This is just the beginning of a lifelong dance with these transformational energies. And just wait till you see where they live in YOUR natal chart! Suddenly your life will make a lot more sense.

Spread the love
Posted in Mystic Witch and tagged Goddesses of the Edge, Marcia Wade
← When one Queen dies a new Queen is bornWhy did the hawk scream on Yom Kippur (again)? →