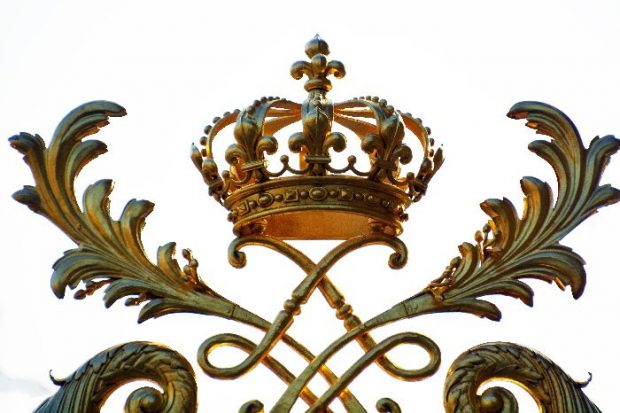 The Queen has died.

This sentence has stirred all kinds of intense and often conflicted feelings around the globe. Some people shrug. Some celebrate. Many are indifferent. But others are in mourning. Actually, a rather staggering number are in mourning.

People are lined up for miles in London, waiting for the opportunity to walk past her casket for a few seconds. It is projected that 750,000 people will honor her this way. As I write, there is a three-mile queue that will continue all night. And the wait is now 17 hours! And it’s cold. And yet, it appears people are genuinely happy to be there. And enjoying sharing this once-in-a-lifetime experience with their fellow Brits.

As an American, I have been torn.

The pageantry is strange to American eyes, but also rather delightful. The history—full of pain as it often was—is also wildly interesting. The treacherous successions. The traditions. The clothes. The jewels.

And oh boy are there family dramas. We all, unfortunately, know way too much about Charles and Diana and his stunted emotional growth. And as for Andrew and Jeffery Epstein. Oh my Goddess, let’s not go there.

In 1988, I was in Cornwall with my husband, the founder of Nimble Boats, for the open of the Carlsberg Single-handed Trans-Atlantic Race. One of his customers had purchased a Nimble 30 sailboat for that race. (The boat did finish. A significant milestone for my husband’s young boat-building company.)

The night before the race, we were feted at a lovely, very British dinner, complete with a massive roast of beef, roasted spuds, claret wine, and a luscious view of a garden overflowing with roses.

The evening rests in my heart as a penultimate British experience.

All the food was rolled out on silver trolleys, but no one moved. Instead, on some silent cue, everyone stood up. So of course, we stood up. Everyone turned to the portrait of the queen on the wall. So we turned to the portrait of the queen. And then, everyone began to sing God Save the Queen. We didn’t sing; we didn’t know the words. But wait. Wait. The melody sounded awfully familiar. Ah! It’s “My Country Tis of Thee.” So we joined the singing.

The words to God Save the Queen are easy to pick up.

Only after we honored the queen, did everyone sit down and begin to be served. It was a startling experience for me. I just had no idea that people actually loved their queen, honored her, had her portrait in their homes, and sang the National Anthem to her.

In the United States, we sing the National Anthem before sporting events, but I have never heard anyone do it in their home. Especially before a dinner party. Not even my country-first, patriotism-obsessed parents asked us to stand and sing the anthem.

I tell you all this, not to dive into English history, about which I know next to nothing. I tell you this story to set the stage for what I think is a very profound moment in time. For everyone. And for which we can thank the Queen for dying.

I didn’t realize how pregnant with possibility this moment is until I clicked on a video by Caroline Myss that mentioned Queen Elizabeth’s death. I’m not sure why I watched it, but I did. All the way through. And oh, am I glad I did.

In the video, Caroline Myss talks about her own intense reaction to the Queen’s death. She said that Queen Elizabeth is the total embodiment of the Archetype of Queen. There are other queens in other countries, she said, but when you say “The Queen,” everyone knows you mean Elizabeth II.

Now, you probably know that Caroline Myss is a bit of the queen of archetypes herself.

On her website, she writes about 70. In her book, Sacred Contracts, she offers a process to identify your major archetypes, such as the Addict, Advocate, or Wounded Healer, in order to help you identify the archetypal patterns you are living unconsciously, and discover how that archetype’s shadows are blocking the way to recognizing and fulfilling your real purpose.

The concept of Archetypes is usually tracked back to Jung who helped his clients explore their archetypes including the Innocent, Hero, Explorer, Magician and many more.

My personal experience with archetypes came in 1997, when our group therapist invited us to deeply explore the archetypes in The Hero Within by Carol Pierson. That book was such a revelation that I still have it. And oh, did I ever find myself stuck in the archetype of the Martyr. Ouch. That hurt. But knowing I was unconsciously playing out the Martyr, helped me see it, and once I could see it, stop it. It was a pivotal insight that led to healing my divorce.

Caroline Myss said that with the death of The Queen, the archetype of queen is now dead!

There will never be another woman acknowledged around the world as THE Queen.

Myss said it is time for new archetypal patterns. And these new archetypes must be radically different from the old ones.

Well, you can’t get more isolated or hierarchical than queen or king. There can be but one queen or one king.

I began to listen really intently to what Myss was saying. And then she began to talk about Chaos. Chaos? Now my ears really perked up because Chaos is the second Goddess of the Edge, who we’re going to meet on Tuesday.

Chaos, Myss said, is essential to the birthing process of the new archetypes.

As we open to experience totally new possibilities in what might appear to be a state of chaos, we begin to create new patterns, new stories, new myths. And radically different and new archetypes will emerge.

So I asked myself: What’s my new archetype?

I’m not, and have never been, interested in the queen archetype. But I sensed I needed to learn a bit about the queen before I chucked that archetype out the window. On Myss’s website she has a lot to say about the archetype of queen.

Put succinctly: The queen “represents power and authority in all women.”

OK, then, what’s MY power? What’s MY authority? What archetype am I called to embody and express and radiate?

I highly recommend you sit with questions like these for a while. But, for me, the answer was instantaneous.

My new archetype is witch. The highest vibration of feminine power and authority in me and in the world is witch.

I was able to jump immediately into my new archetype because I’ve been exploring and studying this word witch for two years. I’ve moved through the initial fear response at this "scary" word, to deep grief over what was done by patriarchal powers to women labeled witches, all the way to digging back into pre-patriarchal history to discover that the word witch is a title of great honor, acknowledging women’s vast sacramental gifts.

When I made that discovery, I took the word witch on as my own title. The name for my sacramental gifts. And I devoted myself to restoring witch to her original sacredness.

Of course there are countless kinds of witches. Healing witches. Nature witches. Moon witches. Ceremony witches. Story witches. The possibilities are endless. But for me, my home archetype is Mystic Witch. And my new definition of Mystic Witch is quite simple:

A witch is a spiritually independent woman who prays in the thresholds between worlds.

This exploration led me to a rather strange but also very fun place.

I read an article in the New York Times that described the elaborate ceremonies around the death of the queen and the transfer of power to Charles. The article was illustrated with a photo of Elizabeth's casket with the three symbols of her power on a gold braided purple pillow.

She is Queen because she wears a Crown, and carries a Scepter and Golden Orb.

I stared at that picture for quite a while, not sure why, but I felt compelled to keep staring at it, and then it dawned on me to ask myself:

This was a very fun exploration. I highly recommend you play with discovering your new archetype and the symbols that fit with that new calling.

My Crown. In keeping with both the call for the new archetypes to be ecological AND the ancient research that witches were close to the nature, this is my witch crown. It was created by Chez Creatrix in Australia. 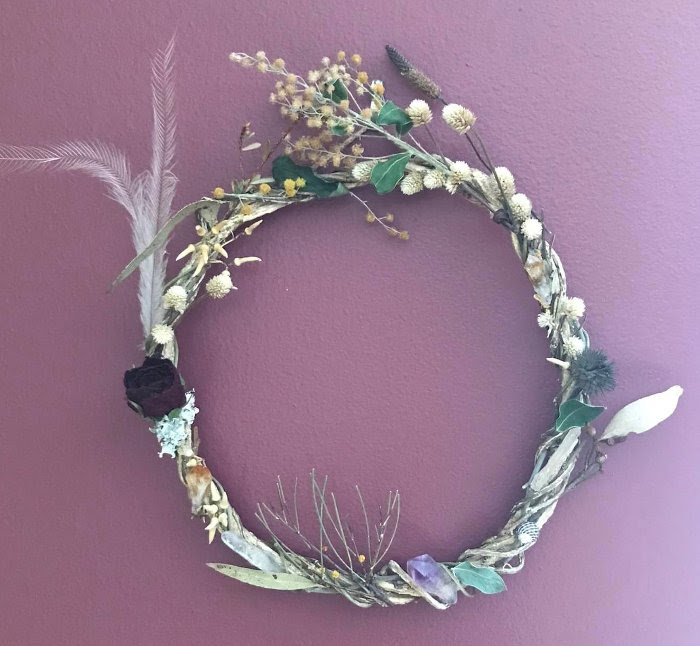 My Scepter? That’s easy. A pen! 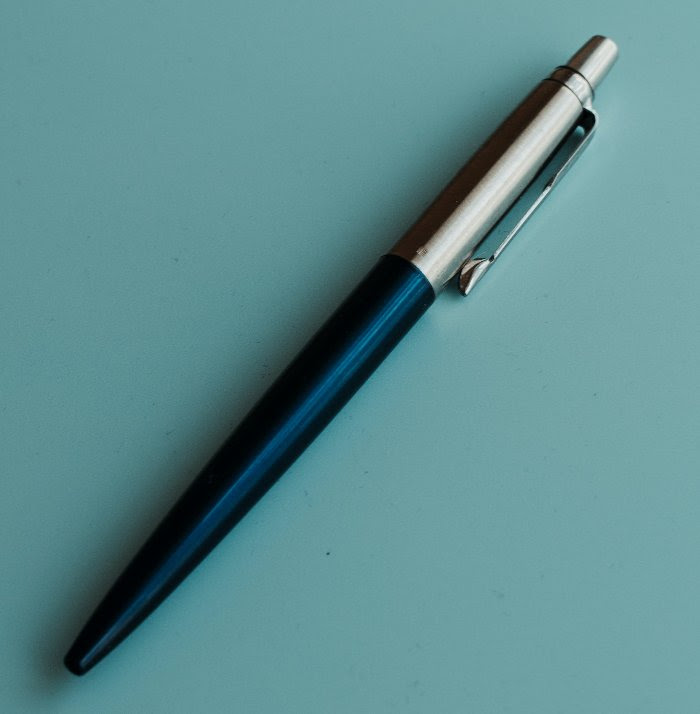 And my Orb? Joan of Arc sent me off on a wild adventure last year to find the Feminine Trinity. And I did. I’ve written at length about this tri-part Goddess symbol in the past. You are looking at the perfect symbol for: She who was, She who is, She who ever shall be. 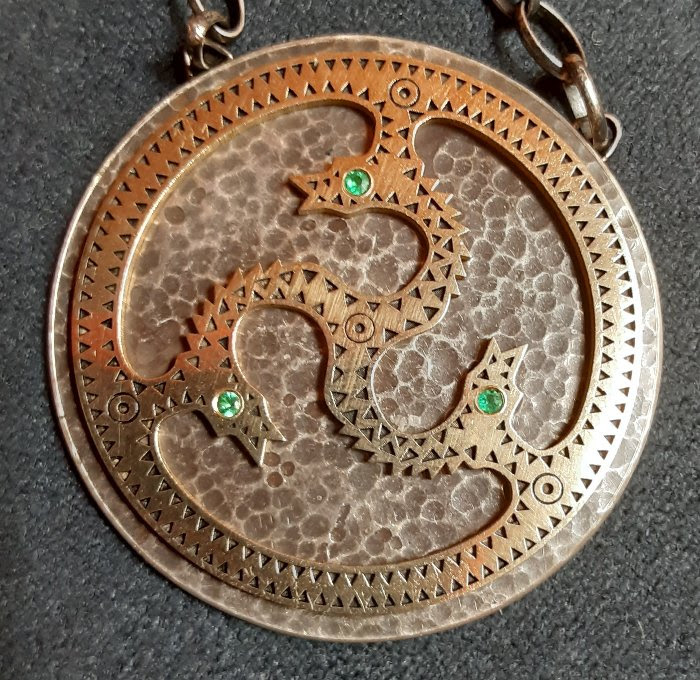 There are more symbols for my sacred Mystic Witch archetype, but these three match perfectly the Queen of England's three symbols. So I'm going to stop here and just celebrate the joy and wonder and surprise of exploring this radical concept of the NEW archetypes.

Marcia Wade and I could not have planned this if we tried, but on Tuesday evening, the day after the Queen's burial, we're going to meet the wildest of the wild Goddess of the Edge of our solar system: Chaos.

And discover, just like the word witch, that chaos is not something to be afraid of.

There is still time to register.

When you do, I'll send the recording of our first gathering with Dziewanna. (It was thrilling.)

But you don't have to rush to watch it before Tuesday. Take your time. Playing in this radical edge of astrology, mythology, cosmology, soul writing, theta, and prayer is BIG. Big Magic.

And now we know that the magic of the Edge is helping us birth our new archetypes! to wearing our new crowns!

Spread the love
Posted in Mystic Witch and tagged Caroline Myss, Goddesses of the Edge, Queen Elizabeth
← The magic waiting at the edgeWho you gonna call in a time of chaos? Why Chaos, of course! →