This past week has been over full with chaos, pain, and suffering.

The head spins. And the heart hurts.

And then, Texas ends this hard week passing a new draconian law that’s really a three-thousand-year-old law stripping away any hope a woman has for being in charge of her own body.

This blow we feel in our guts.

The very first thing all patriarchal religions do is bring women and children under the power and dominion of a man, be he father, husband, or religious leader.

After ten thousand years of owning our own property, running businesses, leading worship, choosing lovers and husbands and leaving them at will; after thousands of years of passing our wealth and land down to our daughters; women were suddenly housebound and supervised constantly to ensure that the man of the house knew that all the children were his children and only his children.

Suddenly a woman’s body, once seen as the goddess herself, was no longer her own. Even her name disappeared as patriarchal lineage was invented. Suddenly a woman’s womb belonged to a man, and through him to an entire religious and political system of control and power.

Do you think it’s an accident that the Taliban and Texas takeovers are happening at exactly the same time? It feels like some kind of demented cosmic joke.

But are they really all that different?

In the end, it’s one abusive power structure. One dominion. One endless assault against the feminine.

I’m as appalled as you are. And yet, you might be surprised to hear, I’m not feeling lost. Angry, yes. Disgusted, yes. But not lost.

I know how to find what’s mine to do.

And I know how to tap into the Mother Well to draw up the courage, strength, and direction to do what is mine to do to create a world of reverence for all.

In strangely uncanny timing, I felt called several months ago to offer a new Writing Down Your Soul intensive—the first in three years.

On the surface, you might say it’s simply a way to honor the relaunch of my bestselling book. And that was the initial seed for this new intensive.

But it quickly developed a life of its own. As all projects do. You know this, right? You know that the creator, artist, writer, musician, teacher is not really the creator.

So the “thing” we think we’re creating isn’t something we control. It chooses us and it expresses itself through us.

Musicians express this way better than writers. That’s why my best writing teachers are musicians.

Listen to Sinead O’Connor in her new memoir, Rememberings:

“The songwriting process for me is inside myself. I never sit down with a guitar and try to write a song. What happens is, the songs sing themselves to me bit by bit while I’m doing menial household tasks or while I’m walking around the street. One day, part of the song will sing itself to me. The following week, the next bit. The following week, the next bit. I just let them build themselves inside me like a little construction, and that’s the point at which I would sit down with a guitar, when it’s already finished inside myself.”

I whooped with joy when I read this.

(Although I have to tell you, she tells stories that will curl your hair. You will never look at Prince the same way again. Never.)

But its radically different structure didn’t come in pieces; it came in a fell swoop. And it came as quite a surprise. It happened while my attention was elsewhere. I had put the September dates for this intensive on my calendar simply as placeholders. Then I gave it no attention.

But it knew what it wanted. And it waited for me to notice.

And finally, I noticed.

All summer long, I was completely immersed in The Return of the Witches, a radical and holy exploration of the Sacred Feminine under assault for the last three thousand years.

When suddenly, out of nowhere, I realized the pilgrimage was so transformative because it’s happening in the “Theatre of the Miraculous.” And if that weren’t surprising enough, I also realized my job is to be the producer and director.

And with that, I knew that from now on, everything I offer will create itself, construct itself to use Sinead’s words, in this wild and radical form called the Theatre of the Miraculous.

All I have to do is listen to what wants to be heard.

Luckily, I know how to listen to “what wants to be heard.” It’s called deep soul writing and I’ve been doing it for 24 years.

But over time, I discovered I could hear the voice when I wasn’t writing. Why I could hear that magical voice in the shower, while driving, making dinner, falling asleep. And I could really hear it loud and clear every morning before waking.

Deep soul writing is simply a really powerful and easy way to practice listening in the threshold between worlds.

And as you listen, you find the courage, guidance, and grace you need to create a life that overflows with love. Real love. Love that makes a difference. Love that restores dignity.

Love that sings so clearly that you know what is yours to do. And how to do it.

My joy is to invite you to enter this Theatre of the Miraculous and experience the wonder of listening to “that which wants to be heard” for yourself.

This deep soul writing event is completely different from any course or intensive I've offered before.

We open on Tuesday, September 7, just as the Dark Moon energy ushers us into a new and very mystical lunar cycle that is all about tapping into the Mother Well. I'll share the Chandra on opening night.

Writing Down Your Soul 2021 Intensive 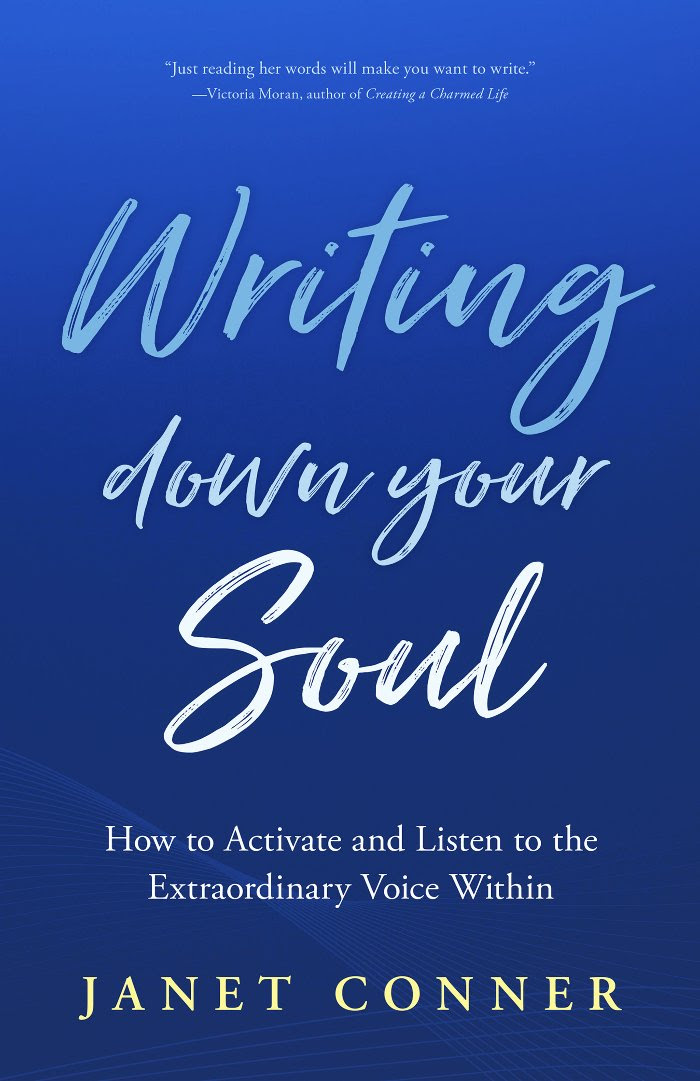 PS: Several people have asked when I'll offer this intensive again, and the answer is I won't. At least six events in the Theatre of the Miraculous want to be created in 2022. So I won't offer soul writing as an intensive again. And soul writing will always be the foundational practice in all 2022 events. So please register now.

Spread the love
Posted in Mystical and tagged Return of the Witches, writing down your soul
← Cross the Threshold: Radical new Writing Down Your Soul intensive in ten daysWhat happens when god changes pronouns? →