2023 the year we learn to listen to life

Week 2--in which Archangel Michael is present and vocal!

It’s not an accident that the first prayer intensive for 2023, a divine seven year, introduces two archangels: Archangel Luci and Archangel Michael. I say “introduce” because everything we’ve been told about them is wrong.

So we are meeting them again, but really for the first time.

I never knew anything truthful about Luci so when she showed up it was quite the shock.

But I have a rather rich history with Michael.

It began in 2008, several months before Writing Down Your Soul’s publication date. I came to Margo Mastromarchi for an angel guidance consultation because I needed help. Big help. I asked the angels, how am I going to make a living?

A rather firm male voice came out of Margo with a cryptic answer: “You don’t understand how important this book is.” I didn’t find this overly helpful, so I asked again. And received the same answer. I got louder. He got louder. Finally I screamed “OK, I don’t, but HOW am I going to make a living!”

And this precious male voice got very soft and loving whispered, “You are a lily.”

I know the story. You know the story. When asked about money, Yeshua answered: “Consider the lilies, they neither toil nor spin, yet I tell you, Solomon in all his glory, was not arranged like one of these.”

I still didn’t know how I was going to make a living, but I was filled with waves of trust.

Looking back, I wonder if Michael knew I was ready to meet him in person.

Perhaps you’ve heard the story. It’s so dear to me that when my publisher asked me to write an Introduction for the new edition of Writing Down Your Soul last summer, I knew exactly what to write. You can read all the rich details in that new edition, but here’s the highlights of what happened.

It was January 11, 2009—eleven days after Writing Down Your Soul’s launch. I was blessed to be invited to sign books and give my first public talk at Wing’s Bookstore in St Petersburg Florida. I was nervous.

On the morning of January 11, I was nervous, but ready. I thought the best way to get people excited about deep soul writing was to get them to realize what it is not. The café of the bookstore was packed with friends and people who had signed up for my workshops. I recognized everyone in the room. Everyone but one man, maybe fortyish, who planted himself smack in front of me and never took his eyes of me.

I took a deep breath and began:

No, no it is not. Because in journaling you’re still talking to yourself because you’re still in alpha. When you soul write, you drop into theta and access, as the subtitle says, “the extraordinary voice within.”

No, not it is not. Although soul writing has the same somatic and psychological markers as meditation—slower heart rate, elevated mood, better health with increased t-lymphocytes—you don’t silence your monkey mind, you invite it to come forward and speak.

No. It is divine communication, so in that sense you could say it is prayer, but it sure doesn’t look or feel or sound like any prayer you’ve ever said.

So, what is it, I asked the audience.

They leaned in for the big finish. I thought I was oh so clever in saying, “Deep soul writing is a conversation. A conversation between you and your soul. You and your beloved Divine Voice.”

No one moved. Except for the man in front of me. He raised his hand. I felt a wave of panic, but gave him a wan smile and nodded.

I almost fell over. He was right, oh so right, and I knew it. I knew deep soul writing was an experience of love unlike any other, but I didn’t have the courage to put something so radical and mysterious in my book. I don’t know why but I touched his arm and made him a promise, “You are right. And from now on, whenever I teach deep soul writing, I will tell them, this is a romance.”

Then the strangest thing happened. He said, “I don’t know anything about this. I just came in to get a cup of coffee,” got up and walked out, thirty-five heads turning to follow him out the door.

Several months later, a woman who had been in the café sent a snapshot of the event. There he was. Front of the room. Could this be? I forwarded the photo to the bookstore manager. She answered immediately: “I do know who that is. I haven’t seen him for a very long time. He comes in occasionally to get a cup of coffee. And his name is Michael.”

Michael continues to show up. See if you see a pattern in his messages.

In December 2010, Lauralyn Bunn came to my home to offer a workshop on how to open your Akashic Records. When she arrived, I asked her if she’d like to go to St Michael’s Shrine in Tarpon Springs. Of course she would! At the shrine, which is covered in icons of Michael, Lauralyn asked for a piece of paper. When we got home, she read Michael’s message:

“I have been working for five thousand years to make it safe for you to speak. Now, speak!”

It seems that when I’m ripe for the next big shakeup in my life, Michael shows up.

On February 5, 2018 I was saying Ho’oponopono and reached a line about forgiving my mother and father, and suddenly I turned to Michael and blurted out, “Oh for heaven’s sake, my mother is forgiven, show me the first person who silenced me.”

And, just like that, my first silencer was in the living room. Not a vision exactly, but I knew he was there. And I knew he was from a long time ago. And I knew he had been my husband. Yee gods. But I’d summoned him and Michael sent him so I had to keep going. I cried my way through Ho’oponopono for this long-ago husband. My voice in this life somehow reached through time to free him from patriarchal control.

Something happened that day. Not only did I cut the negative cords of patriarchy and misogyny wrapped around this husband, but somehow my own were severed. I freed him and in the process freed myself. Because just days later, I was awakened hearing “prayer artist.” Janet as a prayer artist was born in prayer, living prayer, prayer that pierces the veil of time.

And there’s no doubt that it was all in Michael’s hands.

So consider Michael’s messages. Not for Janet, but for you, for all of us. Read these and hear him speaking to you:

So when Freddy Gerow suddenly blurted out a radical message from Archangel Michael about Archangel Luci, I listened. More than listened. I watched as this radical piece of information rearranged my life. And completely rearranged Freddy’s as she receives almost daily messages from Luci. Messages that Luci is demanding be spoken.

And then, when Cathy Pratt blurted out a few weeks later that Michael was beginning to speak to her, I knew we were being prepared (or maybe I should say pushed) to create a truly wild and mystical prayer intensive: Archangel Luci and Archangel Michael Speak.

Messages that will quite literally heal the wedge that patriarchy has hammered between the feminine and the masculine. The time of healing has arrived. And we have the holiest possible guides. 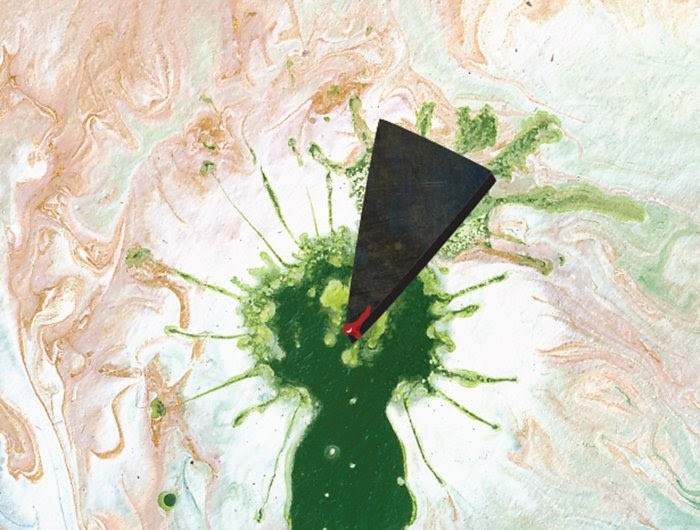 Archangel Luci and Archangel Michael Speak: Healing the Wedge Patriarchy has Hammered between the Sacred Feminine and the Sacred Masculine.

To ensure that as many people around the world as possible can gather live, we will meet on three Sundays: January 29, February 5 and 12 at 2-4:15pm Eastern. A time that stretches from morning in Hawaii all the way to 9pm in Eastern Europe.

Each gathering will begin with an invocation of the archangels, a blessing of ourselves and our altars, and a sacred full-body anointing.

When we meet the angels, we will:

Cathy and Freddy and I have worked for several weeks on the landing page, so you can get a clear picture of this very radical intensive. To top it off, we had a thoroughly delightful time recording a special video. Do watch it.

Members of this intensive will be the first to have the opportunity to purchase prints of Archangel Luci and Archangel Michael’s portraits.

We open in two weeks, so please register right away. I can host 100 people and I am certain we will fill.

The gatherings will be recorded and available for viewing on a password-protected resource page by the next day.

to inviting Archangels Michael and Luci to speak and listening with our healed hearts to every word,

P.S. You'll want to listen to the Astrology Forecast to know the Why Now. There's plenty of time to listen before we meet Luci and Michael on the 29th. Click on the link in your Paypal receipt to get access to the resource page and password.

Spread the love
Posted in Mystic Witch and tagged Archangel Luci and Archangel Michael Speak, Astrology Forecast, writing down your soul
← 2023 has 3 questions for usMichael and Luci speak for the first time →