I had a lot of plans for today’s Notes from the Field. In fact, I had so many delicious topics related to the labyrinth that I was having trouble picking what to write about in this last newsletter before we open a new prayer intensive on Tuesday.

I thought I might talk about the labyrinth as a transcendental field—a topic that sets my whole body on fire, and one I don’t hear discussed.

When you pray, you simply enter that field and rest. It’s the field that does the work. That’s a radical truth about pre- and post-patriarchal prayer if ever there was one. And a topic I could write about forever. Prayer is a Field. Sounds like a meme or a bumper sticker, don’t you think.

But then, I thought, I should write about rebirth because that’s what happens on the field of the labyrinth. And that’s what our world is demanding of us right now.

Or sorrow. I know it’s time for me to talk about sorrow because I was awakened on Thursday to take dictation in the dark on a new prayer called “Sorrow is Speaking.” (Oh boy, is she speaking!) You’ll get to hear it in my Prayer Vigil on Friday, July 31.

But all those topics, rich and powerful as they are, got swept aside this morning when I finger-walked the labyrinth my son sent for my 72nd birthday. 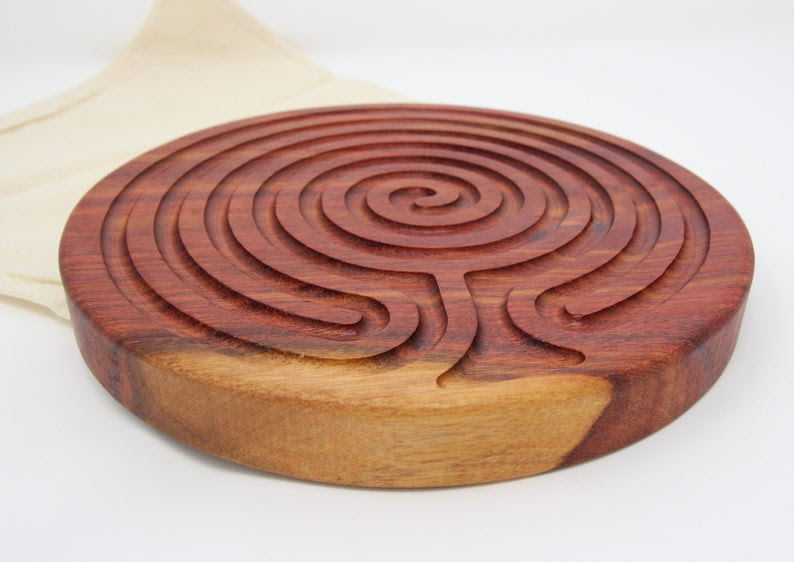 It’s an unusual labyrinth. It’s called a Chakravuhya and not even Catherine Anderson, our Veritas trainer, knows where it came from. The origins are lost in the mists of time.

And yet, in perfect, if strange, synchronicity, although my son had no idea what it was or how unusual, he chose it for me, simply because he liked it. And he asked that prayer artist and my birthday be engraved on the back.

I loved it from the moment I opened it. I put it on my altar and gently caressed it a few times, but this morning was the first time I actually “walked” it.

And, I have to say, I am a tad flabbergasted by the power of the experience.

I've had many profound experiences on physical large outdoor labyrinths, but this is my first OH MY GODDESS experience on a small finger labyrinth.

In more strange but perfect synchronicity, Catherine Anderson had just published Tracing the Labyrinth Path a lovely small book filled with nothing but Chakravuhya labyrinths! I read her introduction and knew I was ready to “walk” my son’s labyrinth. 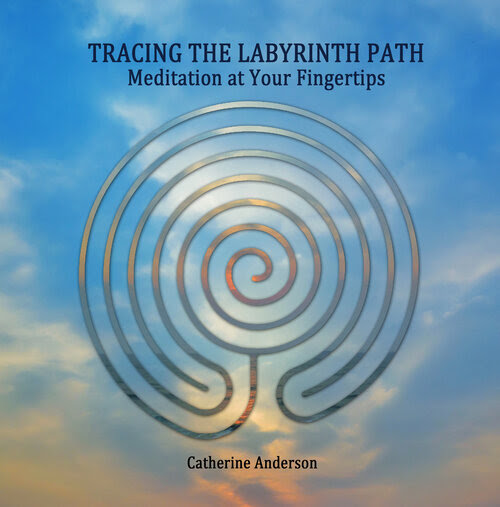 I placed my finger on the entrance, closed my eyes, and I asked the question: "What does Sorrow want me to know?"

And my finger began to move.

I realized I love walking a finger labyrinth because with my eyes closed I can narrow my focus right down to my fingertips. It is they that walk the field!

On the inward path, I found all my sorrow experiences surfacing to be remembered. The stories weren’t pretty but they wanted to be seen so I simply watched them unfold.

But at the center, I realized that these sorrow stories were more than pain. More than suffering. They were birth canals.

So by the time I came to the end and opened my eyes, I had an enormous smile on my face. And I realized that the field of the labyrinth truly is a field of rebirth.

I gently put this precious gift down and did some soul writing.

These two mystical practices—walking the labyrinth and deep soul writing—are like sister twins. They love each other because they are both practices that activate that glorious mysterious extraordinary voice within.

After that, I thought I’d read a wee bit more in Lauren Artress’ foundational book on the labyrinth: Walking a Sacred Path.

I’ve been rereading Lauren’s book slowly over the past two weeks, letting the wisdom of the labyrinth have her way with me. And on p 136, the labyrinth brought me home. Lauren Artress writes:

“We need the help and guidance of the labyrinth to sort out the many turns and challenges of the spiritual path. The labyrinth is part of the rediscovery of the lost mystical tradition.”

And in visceral rush that for me is the stamp of truth, I suddenly knew that the 5 Original Prayers ARE the lost mystical tradition.

Of course! Under patriarchy, all 5 lost their mystical juice because they were forbidden or altered or ignored until they, at last, were forgotten.

They are mystical fields
They are gifts of the Mother
They are ancient mystical traditions
They are traditions our ancestral mothers loved
They are a living legacy we can touch again
They are alive, singing their songs in silence
They were lost, but now are found in our hearts

This is the first prayer intensive on the labyrinth and I'm just as excited as you are to step onto this mystical magical field and let the field take me into the heart of the Mother, and the heart of my own path.

Catherine Anderson is the perfect guide for our prayer intensive on the labyrinth:

We will explore and even make Chakravuhya 3, 7, and 11 circuit labyrinths.

We’ll end with a closing ceremony “walking” labyrinths together on Sunday, August 9th at 2pm Eastern so our friends in Europe and Africa can join us live.

Don't worry if you can't be with us live, everything is recorded.

Come and explore this Lost Mystical Tradition for yourself. 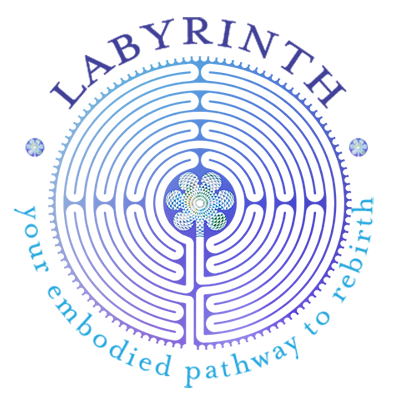 in humble acceptance of the sacred calling to rediscover our lost mystical traditions of prayer,

Spread the love
Posted in Prayer Practices and tagged Catherine Anderson, Ho‘oponopono, labyrinth, prayer intensive
← The labyrinth has a voice and she is speaking to youWhat was done to women is what was done to prayer →