"There were three who always walked with the Lord: Mary, his mother; the sister of his mother; and Miriam of Magdala, known as his companion. For him, Miriam is a sister, a mother, and a wife."

The Gospel of Philip

Who was Mary Magdalene? This question has simmered below the surface for two thousand years.

At long last, she is stepping through the mists to be seen and heard and recognized once more as not just the beloved of the Beloved, which is quite the surprise to traditional Christianity. But she is also revealing something even deeper, richer, and more amazing.

The Magdalen is the embodiment of the Divine Feminine in all her wisdom and glory.

This is not a Mary Magdalene limited to any religion.

And this is not a Mary Magdalene we were ever supposed to meet.

The authors of the canonical gospels did their best to relegate her to a subsidiary role.

But oh, how the patriarchy tried.

And in 591, Pope Gregory did irreparable harm when he described her in a sermon as a repentant prostitute.

Nothing could be further from the truth.

For a long time, many of us have sensed that something was amiss in the way Mary Magdalene was glossed over in the recorded stories.

Those stories, in what is called the New Testament, are not the only stories. They are only four of dozens upon dozens of 1st-4th century gospels.

Christianity was once a wild and open field of mystics and believers from all tribes and traditions, women and men, all of whom experienced Christ in their own unique ways. And then spoke about what they experienced.

But when Constantine converted to Christianity in 312, he declared Christianity the religion of the Roman Empire and everything changed.

He intended to create a well-organized, easily-controlled world, and the best way to do that is to meld religion into government. To solidify his theocracy, he called the Council of Nicaea and commanded the bishops to determine the beliefs people would have to profess and the texts that would be in the official gospel.

The bishops voted for the 4 gospels we know today. Once the vote was in, there was no room for dissent. Bishops who disagreed were exiled on the spot and all unofficial gospels were condemned.

Luckily, some orthodox monks saved many of the suddenly "heretical" gospels from destruction by burying them in a large clay jar in Nag Hammadi near Phou, Egypt, where they were found in 1945.

When those texts began to trickle into the light of day, we began to see a much more diverse religious community with a wide spectrum of stories and leaders.

And suddenly Mary Magdalene was a very different woman with a large important role.

Suddenly she was not only the beloved of the Beloved. She was a mystical teacher in her own right.

And patriarchal minds were blown!

In logion 32 of The Gospel of Philip we meet her as Yeshua's beloved:

“There were three who always walked with the Lord: Mary, his mother; the sister of his mother; and Miriam of Magdala, known as his companion. For him, Miriam is a sister, a mother, and a wife.”

And then there’s this shocker in logion 55:

“The Teacher loved her [Miriam] more than all the disciples; he often kissed her on the mouth.”

In The Gospel of Mary Magdalene, we meet her as a mystical teacher, sharing wisdom Yeshua taught and she understood. But when she tries to share it with the apostles, Andrew says flat out, “I don’t believe her,” and then,

“Peter added:‘How is it possible that the Teacher talked in this manner, with a woman, about secrets of which we ourselves are ignorant?’”

All of this and more awaits us in the most profound prayer intensive I have ever offered: Praying with and as Mary Magdalene.

Our guide is a divine feminine mystic herself, Rev Meghan Don. 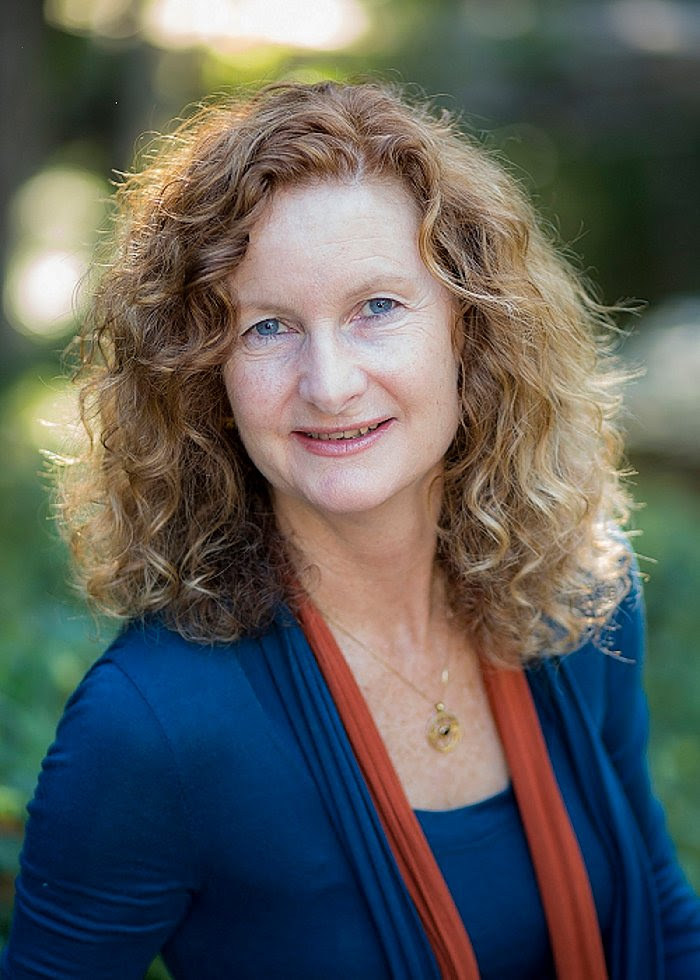 Meghan has been initiated into the Sophian Lineage and through that lineage has received wisdom and teachings directly from Mary Magdalene.

I told Meghan each session begins with a sacred anointing. The next day I received an email from Meghan with the wording of the anointing.

Mary Magdalene had awakened her in the night with the exact words of the anointing!

And then, when I spoke with Emma Kupu Mitchell about blending the anointing oil, Emma had the identical experience.

Emma was awakened by Mary Magdalene with a firm directive that myrrh had to be in the oil.

That led Emma to an astonishing piece of information on the deepest mystical power of myrrh and how it was used by Mary Magdalene. And how it can be used by each of us to awaken our inner divine feminine.

All this and more will be included in Praying with and as Mary Magdalene.

The intensive opens Monday, May 6 at 7 pm eastern.

A rich description and a video with Meghan Don are on the intensive page at my website.

Praying with and as Mary Magdalene 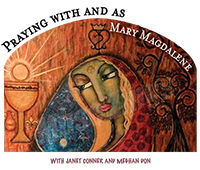 I sent the first invitation to the members of the two recent intensives and we are already half full.

I’m not surprised because we can all feel Mary Magdalene speaking to us, regardless of our traditions.

The Magdalen is speaking to a deep memory, older than any Abrahamic religion.

The Magdalen is speaking to us through the veils of time of an ancient lineage of the priestesses of the Divine Feminine.

I do hope you will join me and Rev Meghan Don in a prayer intensive unlike any other.

We always go deep in my intensives, but in Praying with and as Mary Magdalene, we are entering an ancient heart, an ancient lineage, that has been hidden from our sight for two thousand years.

It is this heart, this lineage that is needed now to heal us and heal our world. And we are the only ones who can do it.

Praying with and as Mary Magdalene

to remembering who we really are: the embodiment of the Divine Feminine here to love, bless, and heal one another,

Spread the love
Posted in Divine Feminine and tagged divine feminine, Mary Magdalene, Meghan Don, prayer, praying
← What would happen if you were unleashed?Episode 4: Mirabai Starr →