If you’ve read my books, you’ve probably noticed that my understanding of and relationship to asking has changed. Dramatically.

A decade ago, I believed what all the books and teachers on the so-called law of attraction taught: get clear about what you want, focus on it, smell it, taste it, see it, and it will come.

That was their explanation of the teaching “Ask and it shall be given.”

This never quite felt true to me, but prosperity theology in both its religious and non-religious forms had taken over the planet. And I succumbed just like everyone else.

Only it didn’t work.

It didn’t work for me and it didn’t seem to be working for very many other people either. But when asked why attraction wasn’t working, the teachers invariably told us to try harder. Keep working those positive affirmations. The problem, they seemed to infer, is that we were doing something wrong. Maybe we didn’t want it enough. Maybe we weren’t asking correctly.

My excruciating dilemma turned out to be a goddess-sent blessing. Because coming nose-to-nose with bankruptcy got me to try something radically different. I was told clearly in soul writing to stop asking and instead spend 3 weeks deep soul writing and NOT to think even for a moment about what I thought I wanted.

I didn’t see a whole lot of options, so I showed up every day and wrote my heart out. And something happened. As I wrote, I was carried deeper and deeper into The Mystic until I stumbled upon the magical properties of a mystical mandala to carry me at the speed of love to solvency.

That experience led to The Lotus and The Lily. But that wasn’t the end of my relationship with wanting and asking. In fact, it was the beginning.

In my next book, Soul Vows, the very first exploration is a deep look at longing. Not wanting. Because wanting is too small. The soul doesn’t want things. Things come and things go. The soul longs for communion. For joy. For love. Real love. Unconditional love.

And then, book 4, Find Your Soul’s Purpose. It too opens with longing, but a longing that is totally upended. It opens with the surprising news that it isn’t you that’s doing the longing. It’s the divine who is longing for communion in and through and as us.

As John O’Donohue put it in Eternal Echoes: “Our longing is an echo of the divine longing for us.”

So at that point, you might think I’d arrived at an understanding of wanting and longing. And I had. But I couldn’t foresee that it was all just preparation for a far deeper mystical experience of longing.

Which brings me to The Way of the Rose by Clark Strand and Perdita Finn, who I just interviewed on Praying at the Speed of Love.

This book matters. Because it is the voice of the divine feminine speaking directly to us teaching us how to pray.

Listen to the subtitle: The Radical Path of the Divine Feminine Hidden in the Rosary.

The rosary is an ancient prayer honoring the three faces of the goddess: maiden, mother, and myrrhophore (wise death crone).

And the rosary itself holds proof. Smack under the noses of patriarchy.

When you turn over the little metal image of Mary that is on almost all rosaries, you see a capital M with a line through it embossed in the metal.

That symbol is the cuneiform image for Inanna, the first, the most ancient name of the goddess.

Inanna. Mary. Black Madonna. Isis. Hecate. Persephone…by any and all her names, the rosary is a garland of roses, a garland of prayers, to worship the divine feminine.

Wouldn’t my Irish Catholic rosary-obsessed mother and grandmother be surprised to hear that!

I picked one up. My mother’s.

Looking at the symbol of Inanna, I took a long deep breath and began to say the rosary for the first time in 52 years.

As I prayed, I shed tears of joy recognizing what my heart and my body already knew: this is the way I prayed and you prayed and we all prayed five, ten, fifteen thousand years ago. And that prayer has continued to live a stealthy life right under the noses of the patriarchs.

I fell in love with the rosary. But oh did she have a surprise waiting for me! She waited until I was ready to finally learn about wanting, asking, longing.

SACRED DESIRE OF THE HEART

It came on p 93. Clark was awakened in the middle of the night by a feminine voice that had been speaking to him for a while. A voice he had learned to trust. The voice said get up and pray the rosary. As he prayed, he heard the voice, so soft and close, he described it as a kiss.

She said: “You haven’t prayed for anything. Is there nothing you want?

Now this sentence rattled me. But not as much as it rattled Clark. An ex-Buddhist monk, he was thoroughly trained in not wanting. After all, the Buddha taught that attachment is suffering.

Yet here was a living divine presence, a presence Clark had grown to trust, telling him to ask for something.

I don’t think I breathed as I turned the page to see what happened next.

Now, I’m not a Buddhist, but I had reached a state of not asking for anything. I just make my mandalas each year and stand back and watch Sophia, the divine feminine, send me things beyond anything I could even imagine to ask for. Like prayer artist. Who can ask for something that doesn’t yet exist.

“I had always subscribed to the Buddhist party line when it came to desires—even those of the heart. Desire was the cause of suffering, the Buddha had said, but now I wasn’t so sure. Maybe all our suffering as a species, and our pain as individuals, could be traced back to one simple question and our failure to get it right: What did we really want?”

WHAT DOES WANT OR SEEK REALLY MEAN?

That word—want—led me to Dr Neil Douglas-Klotz’ translation of Matthew 6:33 “Seek first the kingdom.”

In Blessings of the Cosmos, Neil explains that the word translated as “seek” holds the deeper meaning of “search and ask and boil with impatience until you find the vision of the One Being that empowers all your ideas and ideals, that restores your faith and justifies you love.”

That is way, way, way beyond anything the law of attraction teachers ever said.

The Buddha was right, wanting any of that doesn’t make us happy. Who hasn’t opened a pile of presents on Christmas day and realized that nothing in those boxes makes you happy.

So what did Clark do? After a long, deep, internal examination, he found that he did want something.

Looking down at the rosary beads in his hand, he said “Teach me what these can do.” And She did. Oh boy did She ever.

Now it was my turn.

I put the book down, took a very long deep breath, turned inward and asked for my heart’s deepest, most sacred, desire.

I knew instantly. And it was huge. Biggest and most important thing I’ve ever asked for.

So I asked. With tears streaming down my face, I spoke out loud my heart’s singular desire. And shaking, I took a step, and began to say a rosary.

That’s coming on Part 2 of The Way of the Rose conversation with Clark Strand and Perdita Finn on Praying at the Speed of Love this Thursday, December 19.

But first, listen to Part 1 to discover the ancient goddess secrets of the rosary. 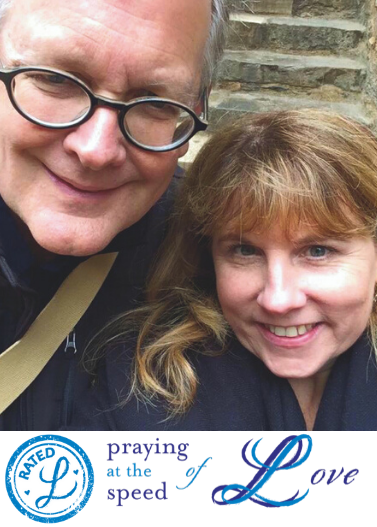 WHAT DO YOU REALLY WANT?

So ask. Ask yourself. Ask your heart. Ask your Divine Mother: What is my heart’s most sacred desire?

You may be very surprised at the answer.

To following the trail of wanting all the way to your sacred heart,

PS: all mystical explorations happen in the theta brain wave state. My big prayer intensive on theta is coming in January. But you can hear Keren Brown and me have a deep conversation on the joys and juice of theta. 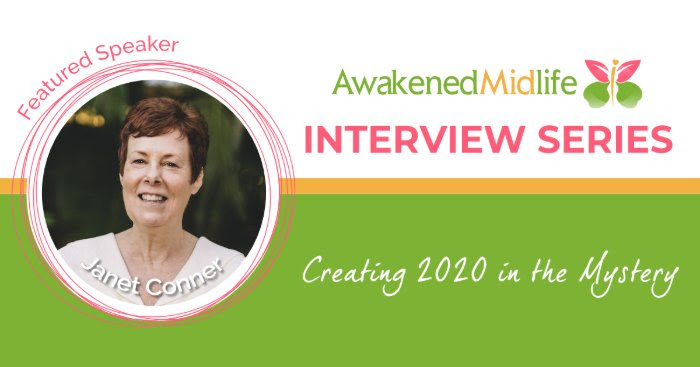 Creating 2020 in The Mystery

PS: all my prayer intensives are still on sale in December.

OnDemand intensives are at the bottom of the page. When you register you will receive a receipt with a link to the resource page for the entire intensive including all sessions and bonuses and PDFs. If you want to give prayer intensives as gifts, register as if for yourself and then email me the names and email addresses of your recipients.

Spread the love
Posted in Mystical and tagged books, intensives, The Way of the Rose, what you want
← A Solstice gift to help bring your sacred desires to life in 2020Episode 20: Strand Clark and Perdita Finn Part 2 →