We just lived through the first week of 2021. A year, I said in last Sunday’s Notes from the Field, would be the year of the BODY.

And what a first week!

We watched an angry mob of white male bodies screaming and circling the US Capitol building, crash into the building and crush the bodies of the few people trying to stop them. We watched in horror as the southern flag of slavery was paraded through the halls of democracy. Even during the Civil War, that flag never got near the Capitol.

Everyone is so traumatized by what we’re seeing that we’re either freezing in place, unable to even look, or running away, the classic flight response. Or flopping down in exhaustion. We’re either binge eating or unable to even think about food.

Please know you’re not alone. No one is eating well. No one is sleeping well. Everyone is exhausted.

Your body is responding this way because your body feels this trauma. Not as an intellectual idea or political argument. You are having a physical response to being chased by a mob. You feel attacked by that mob, even if you’re safe alone in your living room.

You know why you feel this fear at such a visceral level? Because you are a mystic.

And the one thing patriarchy will not tolerate is a mystic who is spiritually and intellectually independent.

Especially a female mystic. In other words, a witch.

You may not have thought of yourself as a witch, but the true definition of a witch isn’t the caricature of the creepy old woman doing something mysterious to hurt people. That’s the story and image perpetrated by all our patriarchal religions and governments to get us to turn against one another.

No, the true definition of a witch is someone who is spiritually independent.

In short, a witch is someone patriarchy can’t control.

And you know what happens when patriarchy sees someone it can’t control. You’ve seen it throughout history. And we just saw it again on Wednesday. When patriarchy doesn’t get what it wants, when it wants it, it screams and rages, and attacks. It attacks bodies.

And that is the bone-deep fear you feel when white male mobs scream and storm.

There was a time when those mobs screamed and stormed at your mothers, your grandmothers, your sisters, your friends. And at you.

Yes, this is history, but it’s a history you carry in your cells. Your body knows this. Your Jewish body recognizes the mob. Your Black body recoils in fear. Your Native body shudders. Your Immigrant body cries. Your Female body quakes. Whether you're in those bodies now or not, your body remembers.

Your body responds by curling in on itself to protect your soft animal flesh from patriarchal abuse.

And that’s what happened on January 6. Want to know something interesting about that date?

Joan of Arc, who was adored by her government as long as she was leading France to victory over the English. But patriarchy turned on her, as it always turns on spiritually independent women, and she was sold out to the Inquisition and burned as a witch. At nineteen.

So right now, your body is remembering and recoiling in fear from the mob. And to heal that, words and ideas are insufficient. Affirmations at a time like this are a joke.

It’s your body longing for the warm trustworthy Voice of The Mother.

When the pandemic hit hard last summer, I created an unusual spiritual practice called Mother Moon Yoga. I did it because my Feminine Divine Voice asked me to.

It was a wild experiment, but I see now that it was the perfect practice to get ready to move through this Year of the Body with a strong body that supports me as I step into my personal spiritual independence.

Mother Moon Yoga is a mystical hybrid that includes:

We gather as a global community of women, creating a safe place of radical mystical love where you are seen for who you really are: a spiritually independent woman, who is beloved of The Beloved.

I also created a private Facebook group for this group so you can stay connected with your fellow Moon sisters throughout the month.

Our schedule doesn't fit the standard patriarchal calendar. Instead, we meet on the eve of the Dark Moon and the Full Moon in each lunar cycle. The full schedule is on the landing page below.

Our first Mother Moon Yoga for 2021 is tomorrow, Monday, January 11.

We meet for 108 minutes from 7pm eastern-8:50. Everything is recorded for those who can’t be with us live.

Here’s a wee taste of what Mother Moon would like us to explore this week as the Moon enters the 24th degree of Capricorn. Emma Kupu Mitchell, our moon goddess, will talk about the cosmic story unfolding this month and setting the stage for the whole year. Then, she’ll help us open to receive the deep teaching from Inside Degrees, the book on the Chandra Symbols.

Here’s just one sentence from the Chandra she’ll talk about tomorrow:

“The secret instructions are writ upon your innermost being and you know them implicitly.”

What does that mean? Well, it’s for you to discover, but for me, I hear that my body, my ancient body, holds a deep mystical knowing that I am here to remember.

The dates and bios of the four teachers for January-April are on the landing page.

Although you will receive so much more than a typical yoga class, I’ve kept the price commensurate with a yoga class: $18/session or $144 for the whole four months. (It’s only available in four-month segments.)

I hope you’ll join us. I’ll send the zoom for our first gathering late Sunday evening and again Monday afternoon. 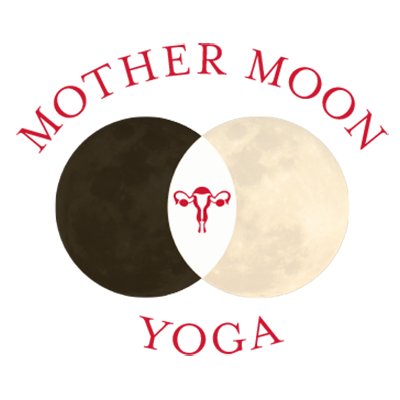 Until we meet on Monday evening, please take loving care of yourself, sleep if you can, and know that you are not alone. I see you. And I see that you are a holy being, beloved of The Beloved. And here for a sacred calling that is written somewhere deep in your body. May our Mother the Moon help us all find our way.

Spread the love
Posted in Mystic Witch and tagged 2021, divine feminine, mother moon yoga, pandemic
← 2021–The Year of the BodyIt’s time to Take Back the Magic →