Ever since I stepped off the corporate hamster wheel of get-up-and-go-go-go, and honored my soul’s call to be a writer, I have allowed myself to sleep as late as my body wants. And I’m often surprised by just how much sleep she wants.

On nights when I take dictation in the dark or have intense mystical dreams, I will sleep 10 or even 11 hours. I sense my body needs all that sleep to integrate whatever happened in the night.

But this 47th week in the year of the body, my body has wanted more sleep than ever. Almost 13 hours! And I think I know why.

Last Monday, in our opening gathering for The Lotus and the Lily, Emma Kupu Mitchell talked about the power of the full moon Lunar Eclipse in Taurus that just happened on November 18-19-20.

All lunar eclipses are profound, Emma said, but this one is a birth canal. A birth canal that happens only once every 18.6 years and lasts over an extended period. 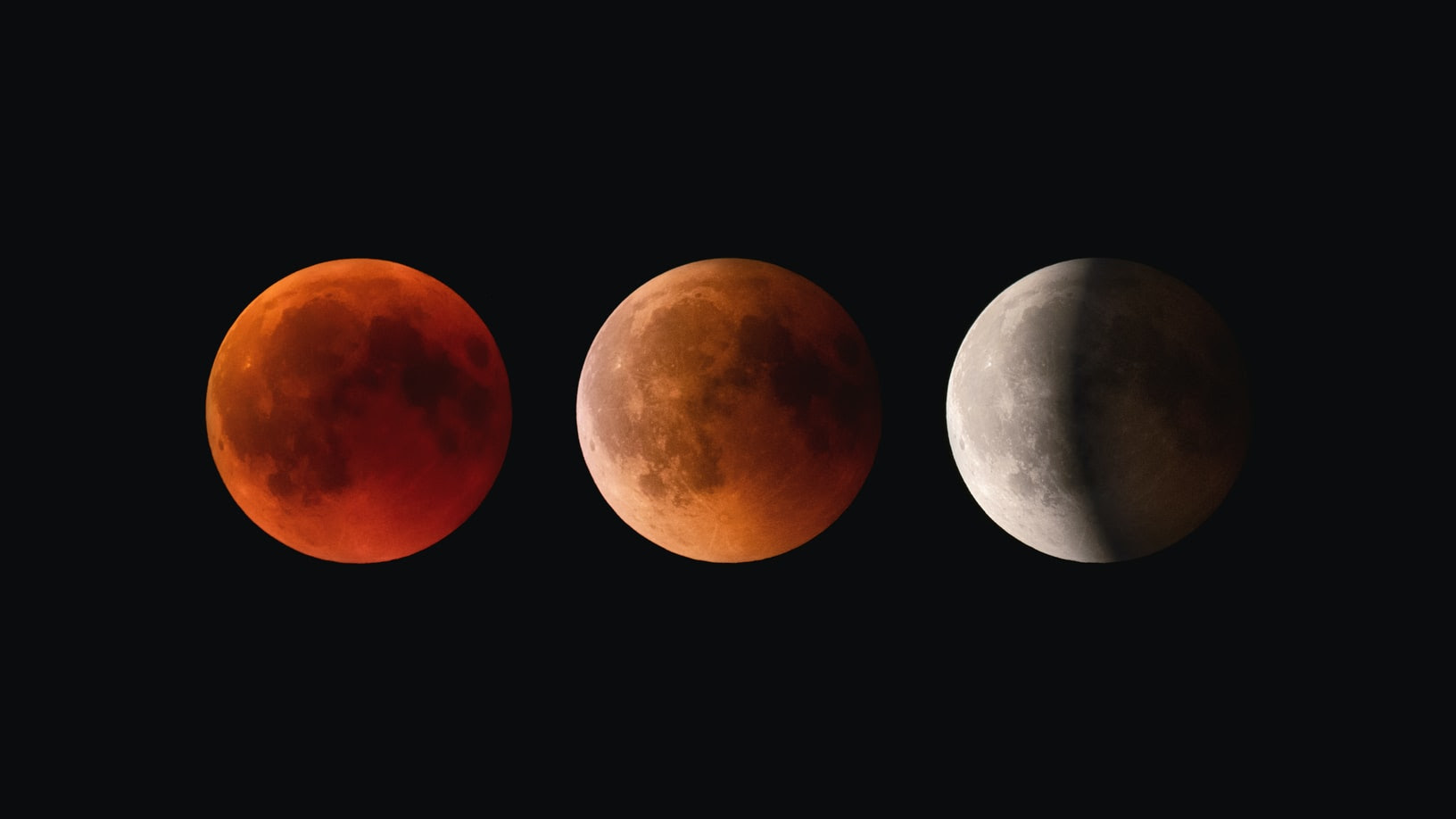 Emma suggested we look back at what was happening in our lives 18.6 years ago between Nov 2002-December 2004.

And I was shocked at what I found.

As I made a list of all that happened in that window, anchored at the center with the death of my ex-husband in October of 2003, I realized I was birthed into a writer during that time. It was a long painful labor but I came out on the other side a writer.

During those months, I let go of everything that kept me seeing myself as a human resource consultant:

A year later, I received an invitation to write a column for the largest website at the time dedicated to religion and spirituality. The associate publisher of Conari Press followed my columns and invited me to write Writing Down Your Soul.

So I really WAS birthed into a writer under that lunar eclipse!

Sure enough, it was another period of massive change. Change that set me off on a very difficult path to come face to face with the relentless evil of patriarchy and learn to say no.

That transitional period birthed me into becoming myself, learning to say no, becoming a mother, seeking a spiritual life, and getting a divorce which led me to discover deep soul writing.

I started laughing at how accurate these 18.6-year lunar eclipse windows are. In those two years:

Talk about a birth canal! I gave birth to myself.

As these memories surfaced in deep soul writing, I had a shocking realization that the young right-wing gun-toting boy who got away with murder this week was the same age as the boy in the library, and looked just like him, too. That boy is everything my parents would have wanted for me. And everything I somehow instinctively knew at 18 would kill me.

If I hadn’t gone through these 3 massive birth canals; if I had stayed small and scared and safe spouting the political and religious indoctrination I was raised to spout, I would not have the life I have. I would not be who I am and who I came here to be. And I wouldn’t be thrilled to be alive doing the work I’m here to do.

So of course, I started asking myself, well, what am I being birthed into now?

I can’t know the answer, I’m in the birth canal. And the proof that I’m in the canal is that I’m utterly exhausted. Sleeping just like a baby 13 hours or more.

My big AHA is simply to trust the process. To know that my Beloved Mother Sophia, call Her by whatever name you like, is birthing me and She knows what She’s doing.

As I lay under the fullness of Her eclipse on Friday morning, I held my hands up to Her and said, yes. Without knowing exactly what I’m saying yes to. But Yes, anyway. And fell back into a long sweet sleep that lasted till noon.

Maybe 18.6 years from now, when I’m 91, I’ll see the WHOLE story, the whole wild incredible adventure of this life, in this body called Janet Conner.

All I can say from this vantage point after looking back over three profound birthings, is that I welcome the life that wants to be lived in and through and as me. And I am willing and happy to let go of anything standing in the way of growing into the fullness of me.

I invite you to drop into deep soul writing and look back at how the celestial Mother has been birthing you eclipse after eclipse.

And whisper Yes to She who is alive in all.

to the wonder and mystery of life unfolding in and through and as us,

PS: if you wish to join The Lotus and The Lily, you still can. I won't offer it on demand, so you can register now and follow the process at your own pace over the next few months.

Spread the love
Posted in Mystical and tagged eclipse, Emma Kupu Mitchell, The Lotus & The Lily, writing down your soul
← Listen as 2021 sings her song on a labyrinthWhat did you read this year that cracked you open? →